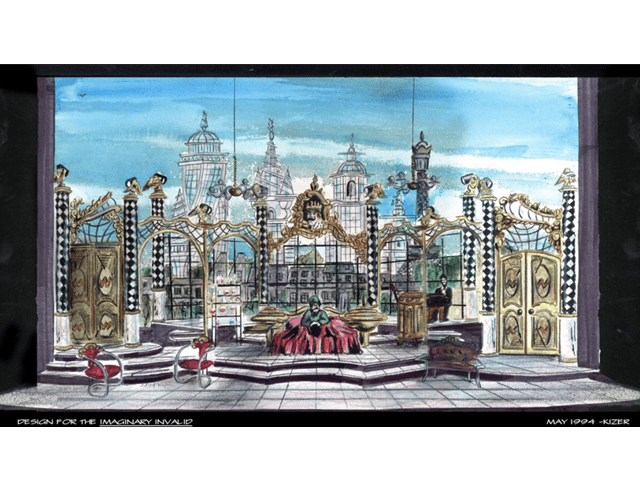 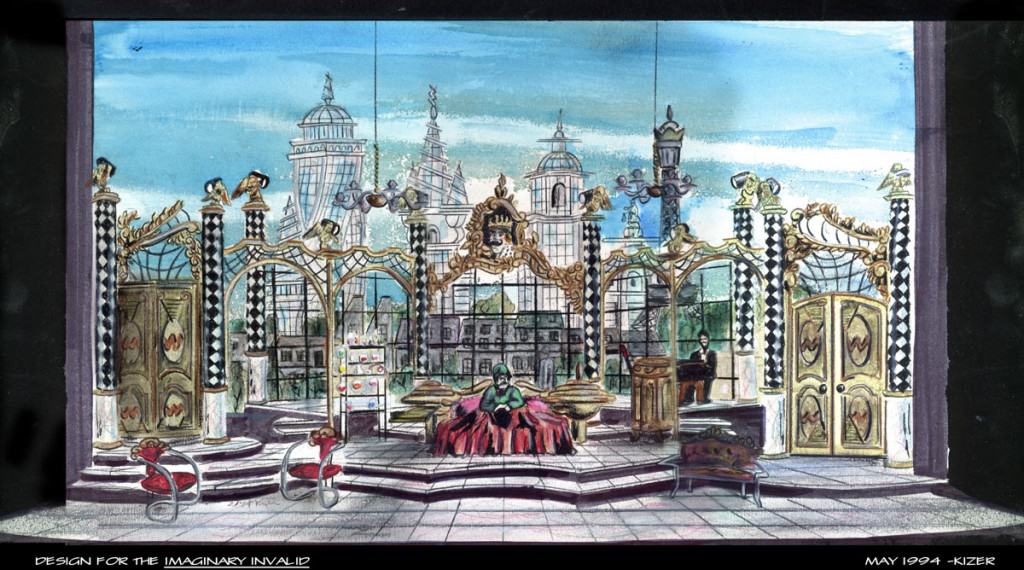 The year is 1994. It is a parallel universe. The French Revolution never happened. The industrial revolution was . . . delayed.
We are in Ohio, a remote province of France, performing in a company in the service of His Majesty King Louis XXIV.
The style we are engaging is Techno-Baroque.The director, Phil Kilbourne, has decided to rebel against almost two decades of an industry habitually transposing every classical
play for every production without regard to why. An intimate little neoclassical comedy has been turned into a broad, spectacular farce.This design was partially drafted in AutoCAD. It completely predates any digital rendering that I ever did.
The images that follow have all been scanned from 35mm slides. 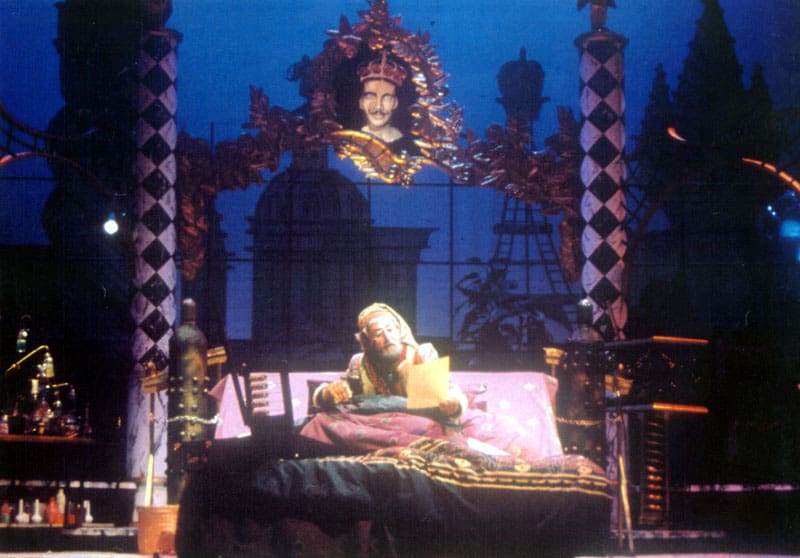 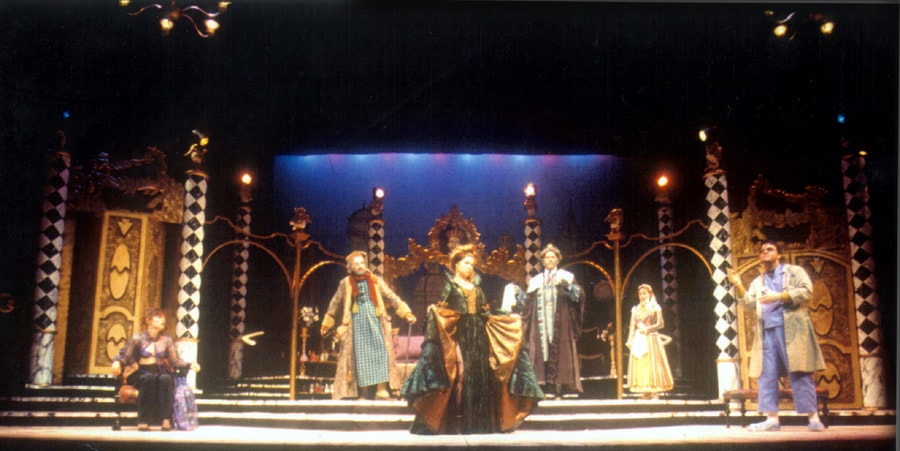 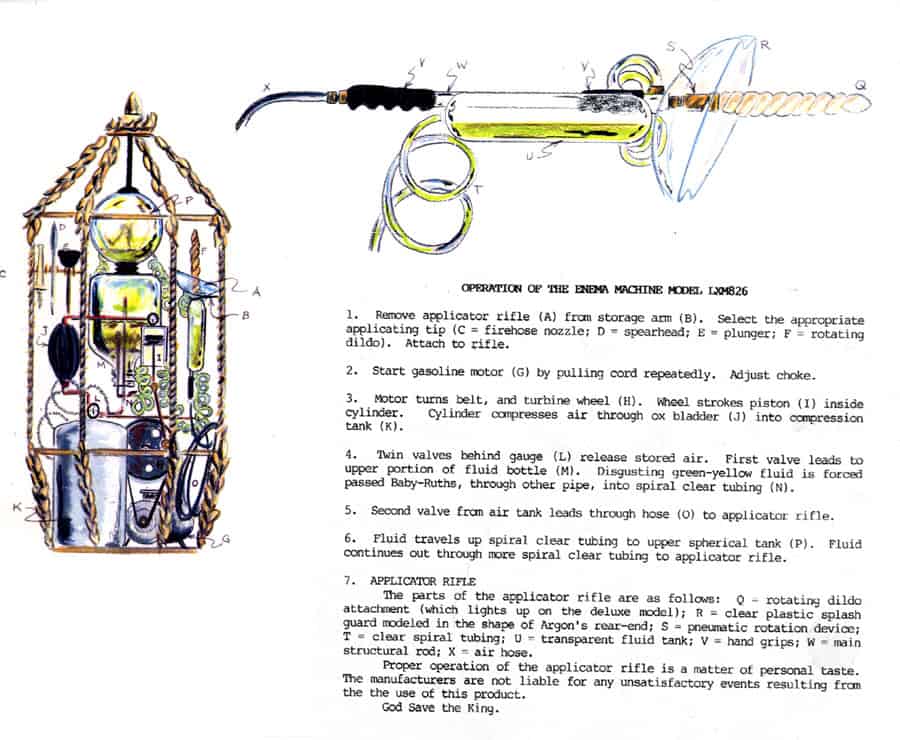 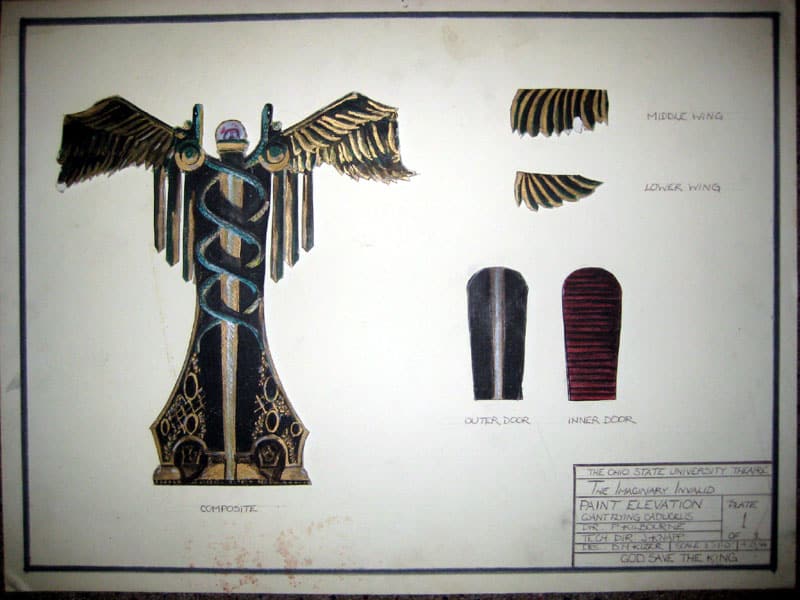 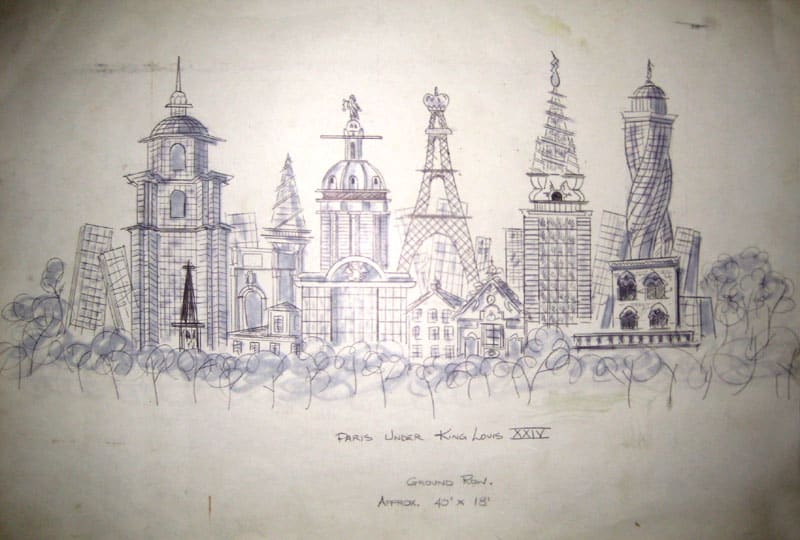