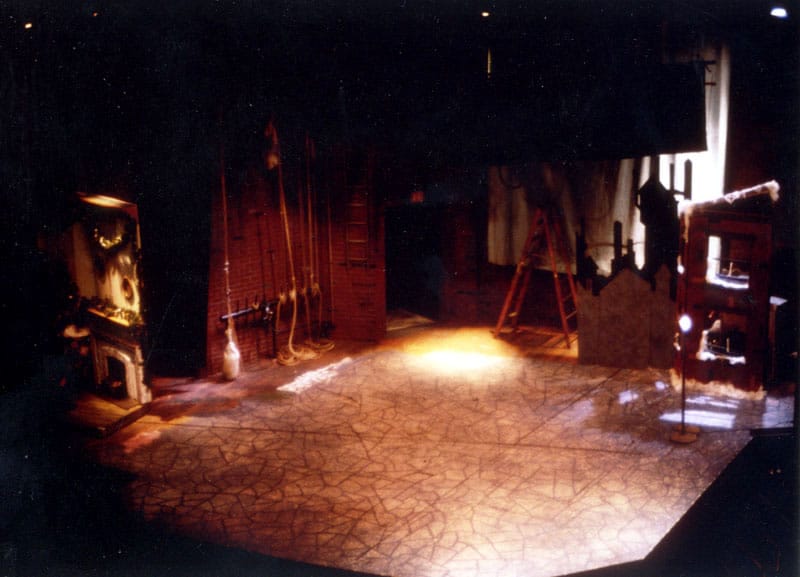 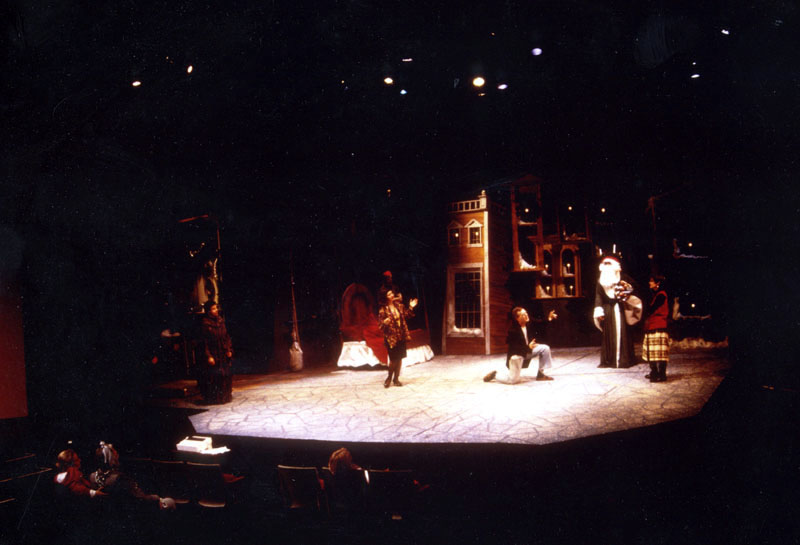 The show is about a midwestern regional theatre company that is falling apart financially.   They rely on their annual production of A Christmas Carol as their cash cow.   This year, their NEA funding has been suspended, pending an inspection.A wandering actor from D.C. by the name of Wayne Wellacre bumbles into the story.   The company becomes convinced that he is the NEA inspector, under cover.    Wayne proceeds to disgorge an endless stream of terrible conceptual ideas for their production.   Out of desparation to please him, they implement every one of them.The production becomes a twisted conceptual wreck in this way, until, immediately before it opens, the REAL inspector from the NEA arrives to watch the show. 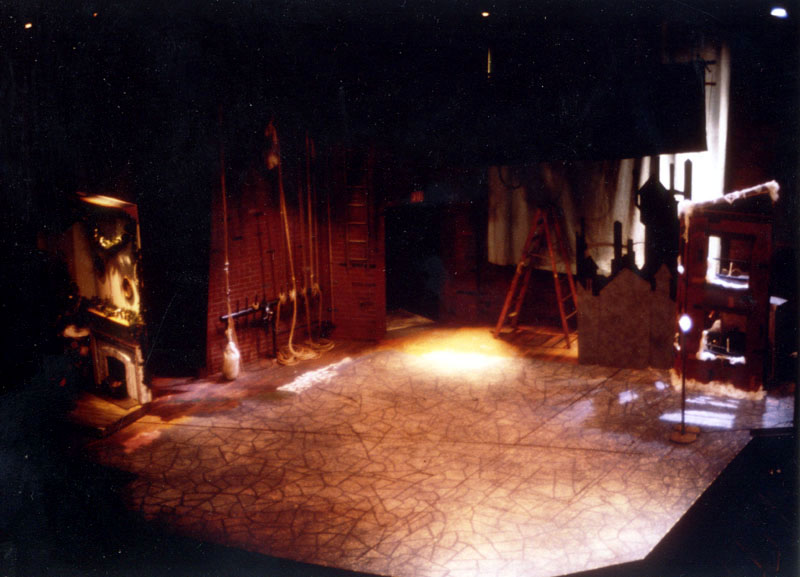 This was a very complicated design.   It is imperative that we see backstage for many events, as well as seeing the actual production of A Christmas Carol happening within the show.   This is a play within a play, and it requires a Set within a Set.   There were many things in the show that were intended to look like well-made props for A Christmas Carol.   There were many other things that were intended to create the illusion of a classic, traditional theatre, rotated and skewed so as to allow the audience to see the fly rail and into the wings.   The stage is also raked, has a track set into it to guide a big wagon, and has a trap.Most critically, the show needs a massive failure of the stage late in the second half.    We opted to create a Rube-Goldberg inspired domino effect of catastrophes.

1)  A lighting unit being dragged along by an actor’s costume accessory knocks over a Christmas Tree.
2) The tree falls into a lamppost.
3) The lamppost falls and tears a large wreath down from a lineset of decorations.
4) |The lineset begins to fly out (since it is out of weight).
5) A stagehand releases a sandbag from the lineset and
6) Is flown out at the fly rail.
7) Another stage hand pulls her back in by her ankles.
8) He then takes a belaying pin from another lineset and captures the runaway batten, which
9) Release and electric, which crashes to the deck and
10) Knocks over the VIctorian building UL, which
11) Falls and strikes the rolling cart carrying a bowl of Wassail punch and Tiny Tim, who
12) jumps off the cart as it rolls to a stop and heads towards the edge of the stage
13) Which collapsed completely, with a massive crack across the deck, and seesaws
14) into a ramp which propels the cart and punch bowl to the edge
15) where the bowl upends and hurls its contents directly onto the NEA inspector in the front row.
16) Really. 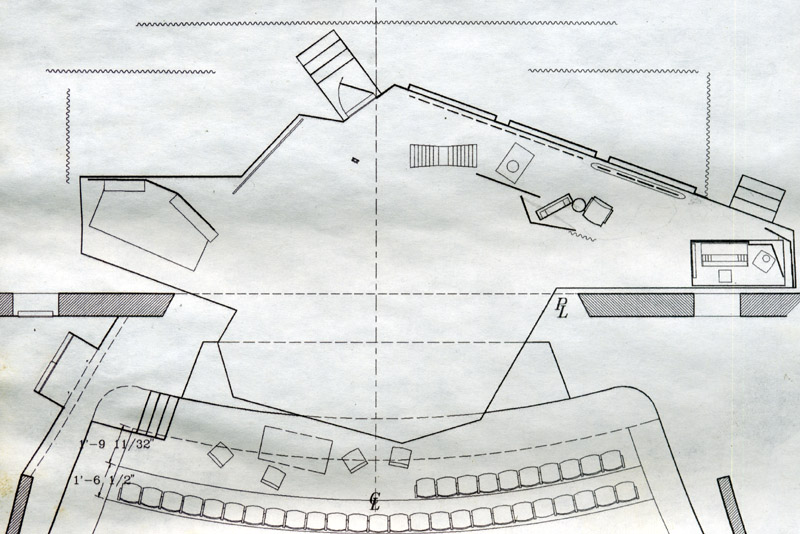 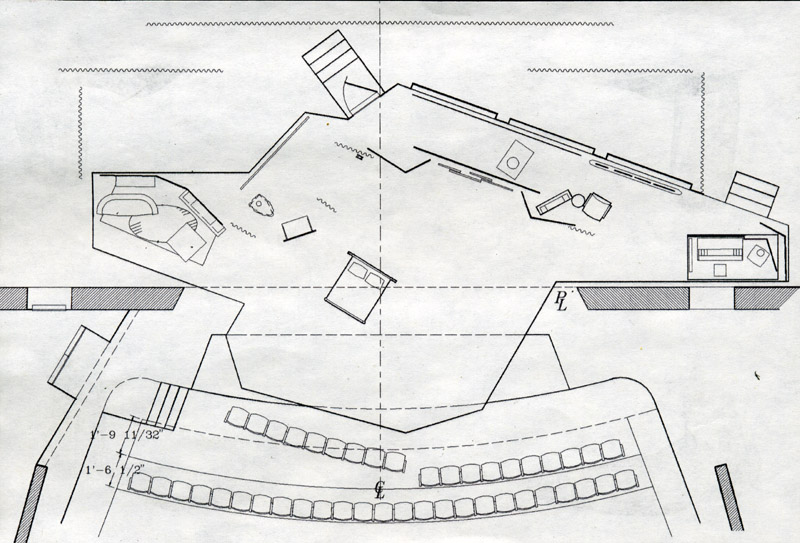 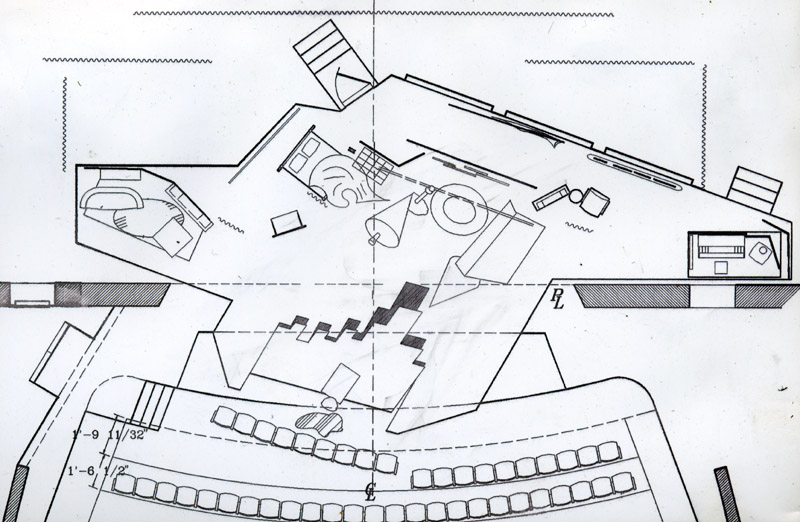 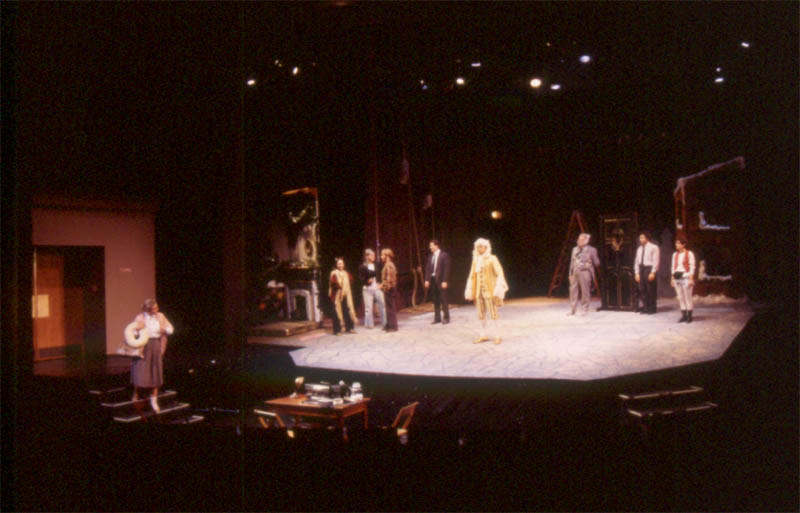 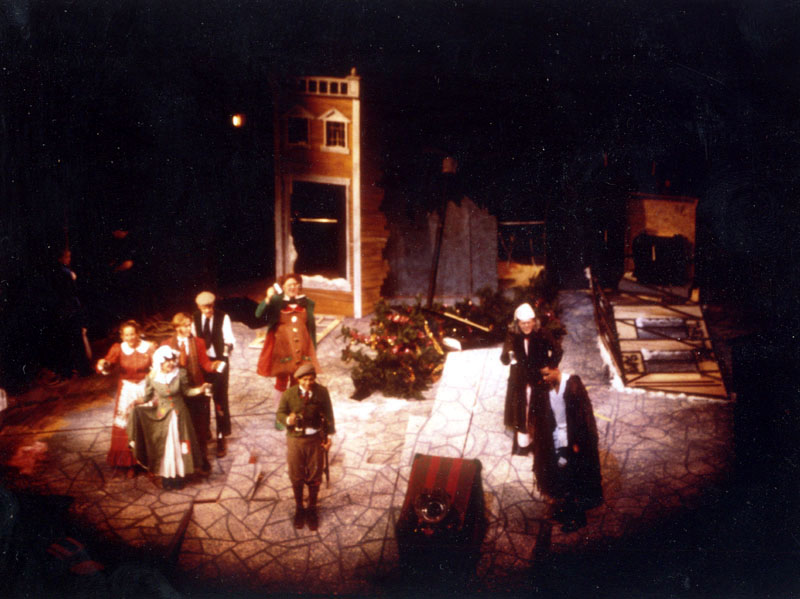 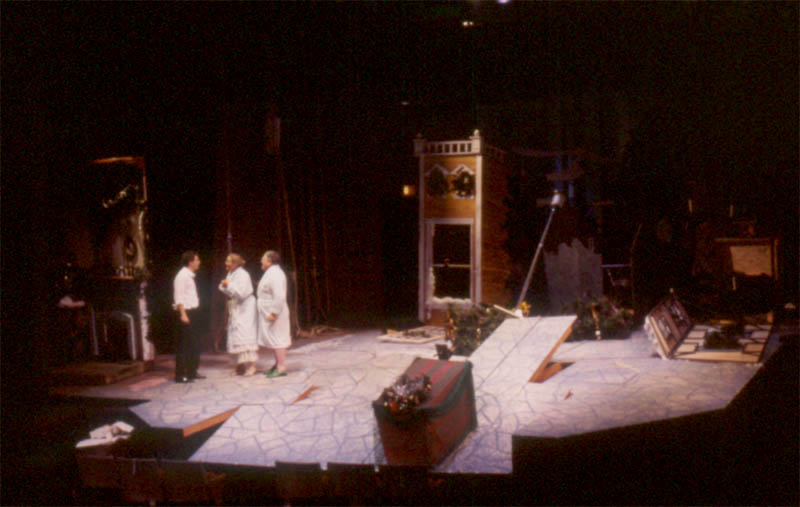 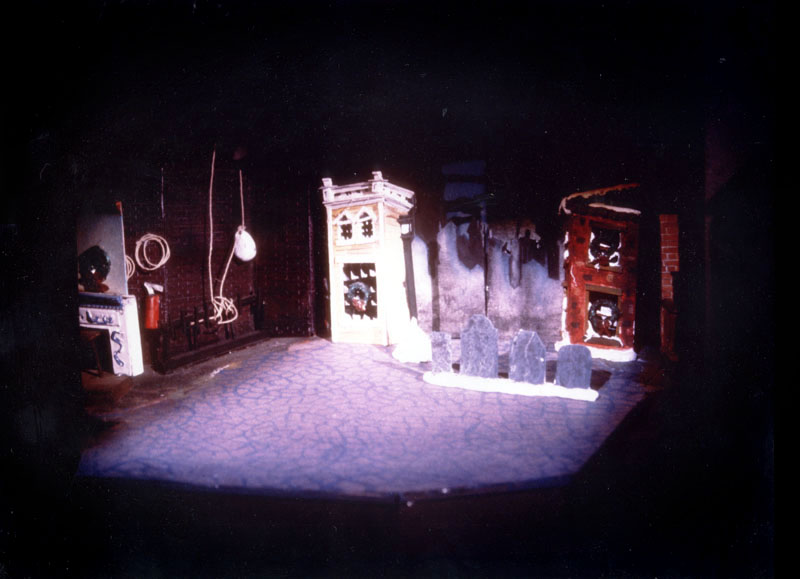 I recorded this sequence onto a VHS tape without a microphone.   The tape degraded quite a bit before it was ever digitzed, so the quality of the video has also suffered. However, you can see the Catostrophic Failure Sequence in action here.
This site uses limited cookies to gently improve your experience. By clicking “Accept All”, you consent to the use of all cookies. You may visit "Cookie Settings" to provide a controlled consent.
Cookie SettingsAccept All
Manage consent