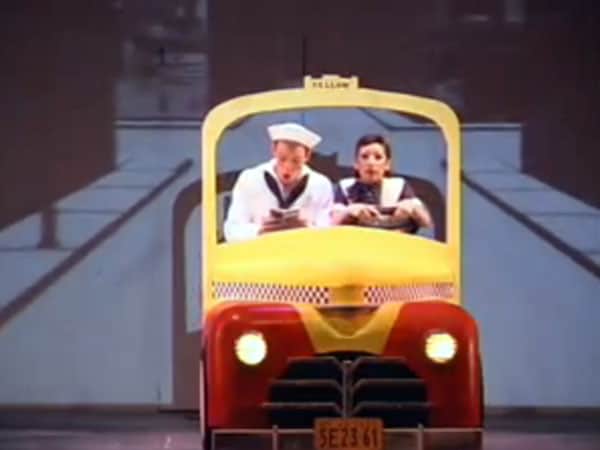 Posted on August, 2009July, 2020 by Kizer
On the Town was designed to be very open, and to be a dance show. The projection screen UC in the drop generated most of the settings, and wasl used in every scene. The nuetral set was as shown, with forced-perspective buildings. 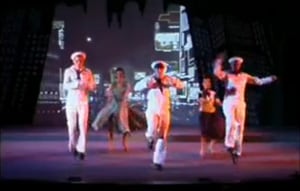 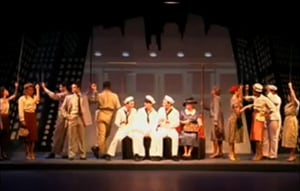 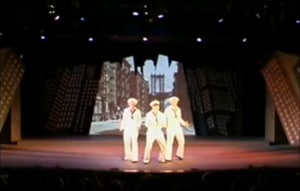 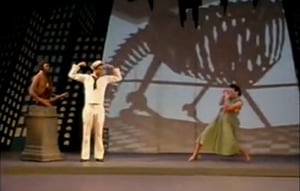 Below are some examples of the still images and animations that were projectred throughout the show.    When doors are included in the slide, they were also used as a part of the scene.   There were many more images and animations than are shown here.
Note that every animation and image has the shape of the screen superimposed on it.   This prevented unwanted light from the projector from spilling outside of the screen. 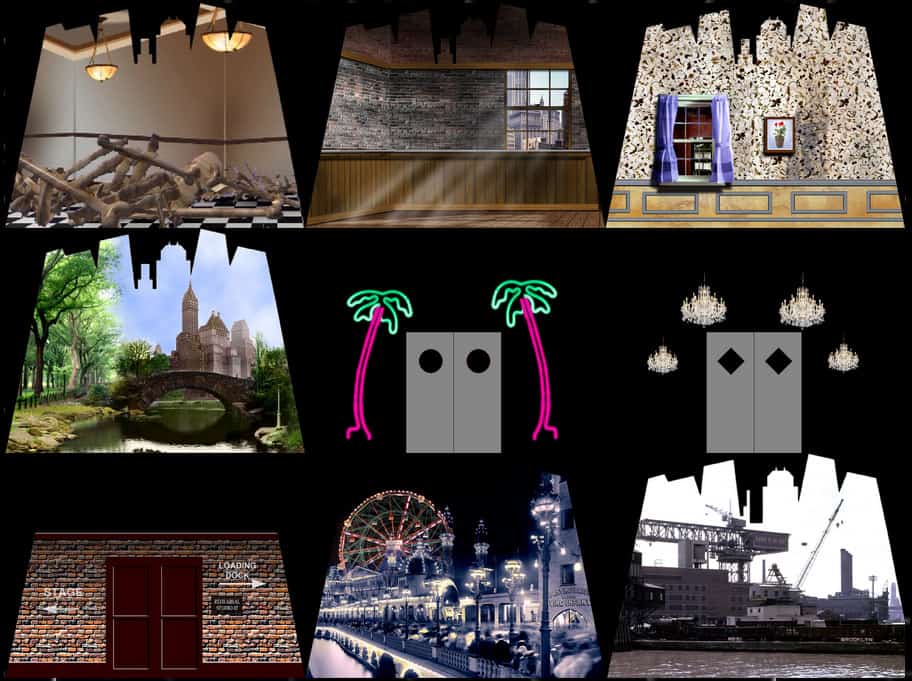