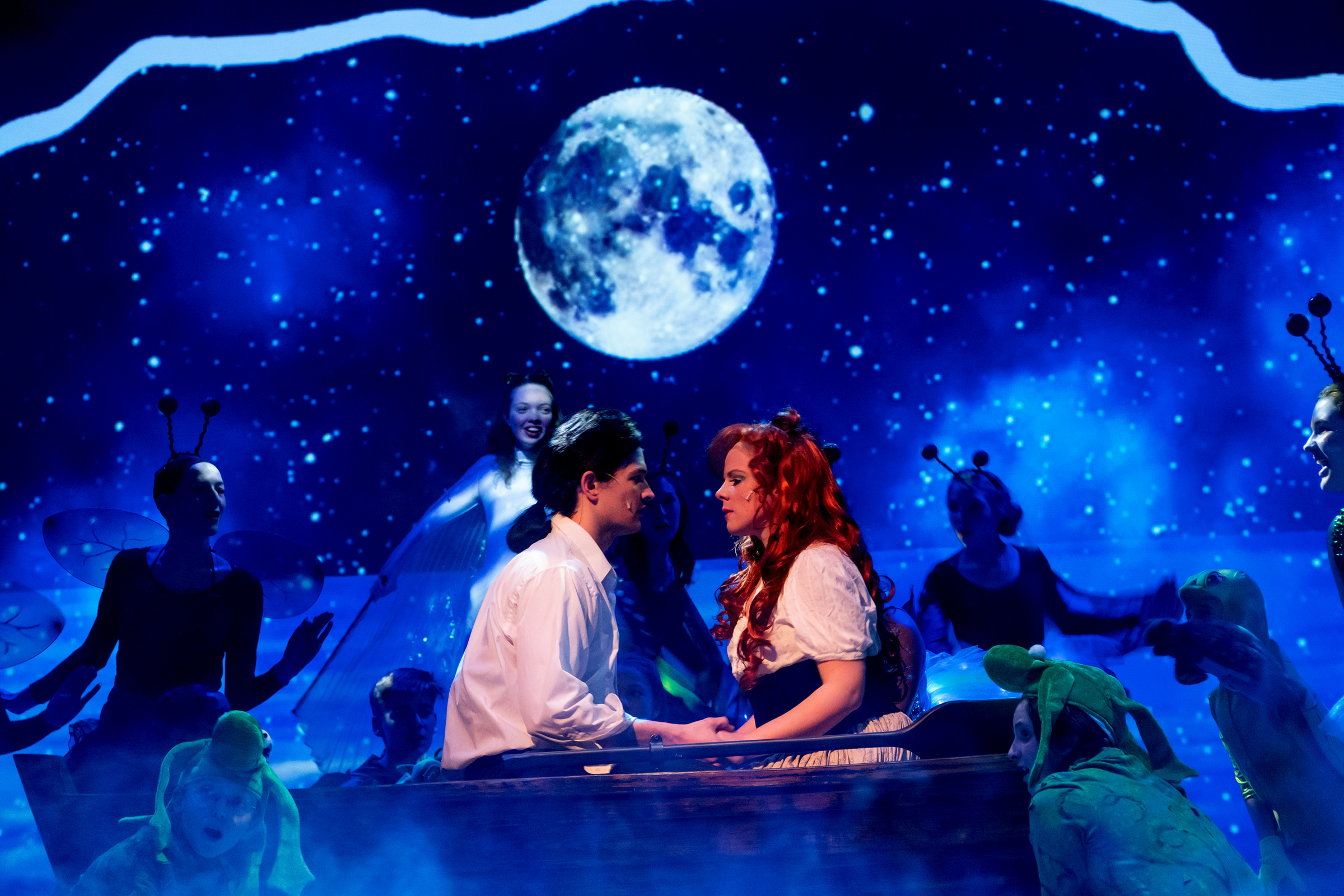 Below is documentation of the design for this show. If you are here specifically looking for the scenic projections, the rentable media can be viewed at this link.

The majority of these photos are courtesy of John Anderson.

Important note on the set:  The set for this production was originally designed by David Arsenault for Northern Stage in Lebanon, New Hampshire.   That beautiful iteration of the set can be viewed here:  https://www.davidarsenaultdesign.com/little-mermaid. The Educational Theatre Collaborative purchased it and adapted it for the space they were using.   Some of my favorite aspects of the original design had to be let go due to limitations in time and the difference in scale between the two spaces.   The grotto arches shown here were designed by me to accomodate the projections being added to this production.  Arsenault is to be credited for the set pieces and scenic props visible in these photos which contributed beautifully to the production.    These include the ship, the boat, the sculptural coral, and other elements.