A You and Me World was created from the writings of children from countries all over the world.   It featured an international cast, and won the prestigious NETC Moss Hart Trophy for Best Overall Production of 2002.

The design for the show consisted of a very presentational arrangement of platfprms, steps, and ramps that allowed fast-changing groups of children to present large, original musical and dance numbers.

Central to the design was a simple circular screen that provided constantly changing imagery and commentary throughout the show.   The earth itself was a recurring image for the screen, ultimately becoming a very photographic, three-dimensional revolving globe. 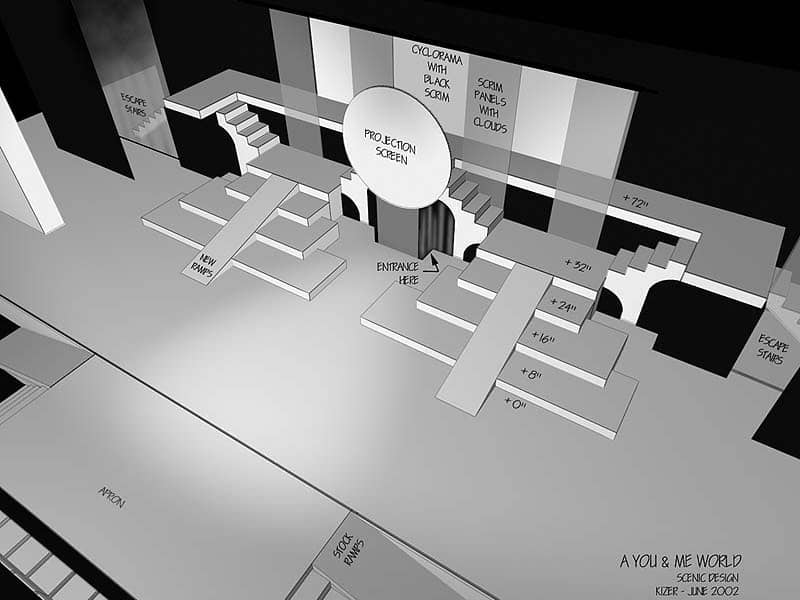 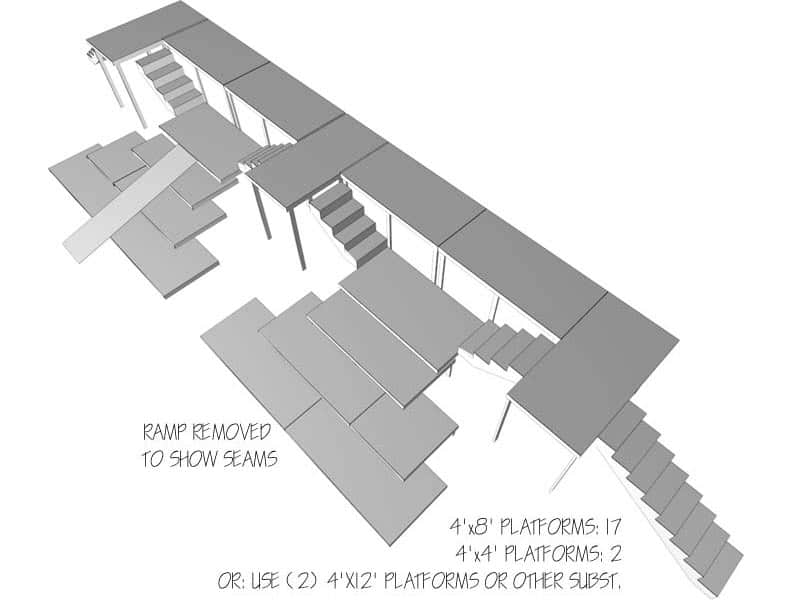 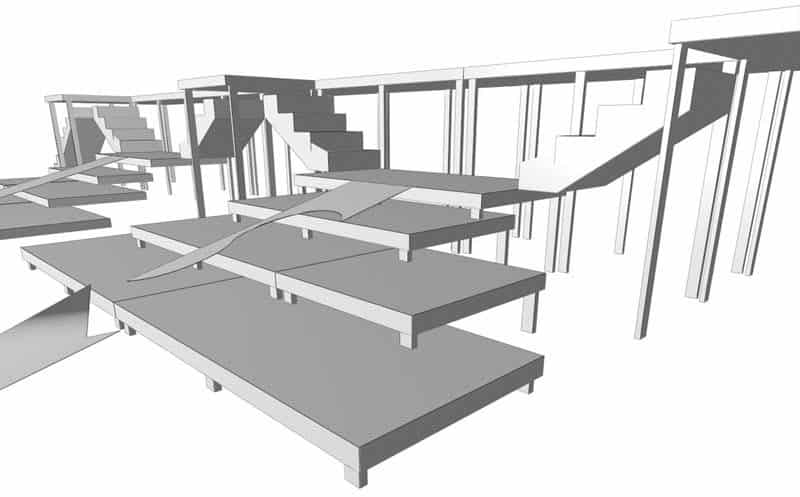