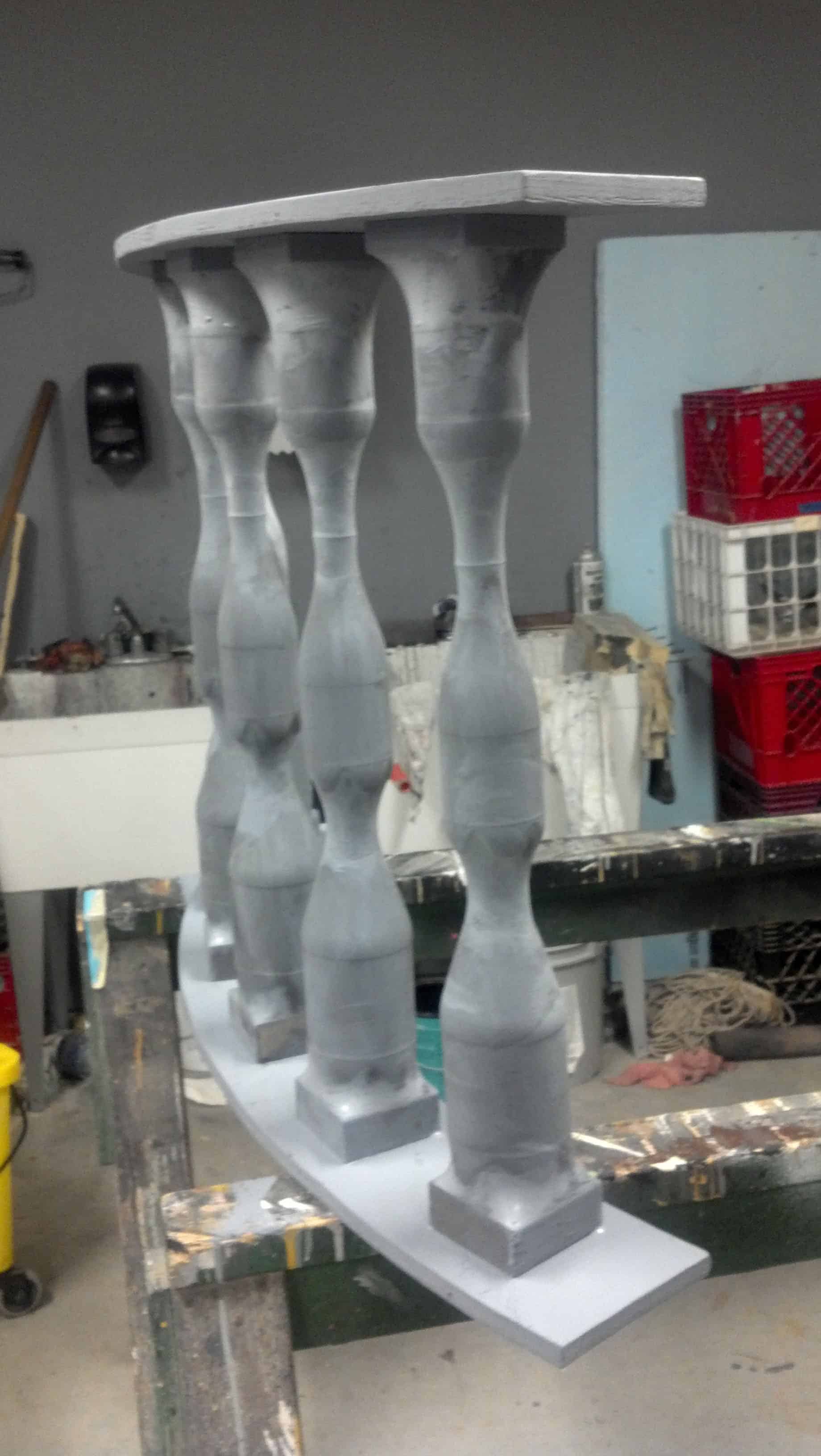 I am designing the summer season for  Papermill Theatre with North Country Center for the Arts in the White Mountains of New Hampshire this summer.  The second production of the season was Dirty Rotten Scoundrels, directed by Kevin Hill, with Erik Anderson as the Technical Director.

Kevin specifically asked for a curved balustrade unit that could be moved around the stage by performers.    This did not want to be simple wooden spindles.  It really needed to be the kind of big, cement balustrade that would be present at an upscale hotel on the Mediterranean in France.  This particular season is short on time and money for building.

This is our first season in our brand new facility.    Lathing  Styrofoam or wood was not an option, and any kind of ready-made product that I found was too expensive.    Then I had the idea to use soda bottles and water bottles.

This is the plate I drafted for the balustrade.   Below is the detail of what I imagined.   I suggested to Erik that we line up plastic soda bottles and water bottles using dowel rods or conduit, skin them, and then paint them to be balustrade.

This is a part of the process.   Erik rounded up the right numbers of bottles and built the first spindle.   He covered the spindle with pantyhose as a skin, which clung well to the countours of the pieces.

Once he built the first spindle, the rest were easier.

Jill Hibbard was the painter for this production.   The pantyhose was a little too porous, and required several coats to get it to form a good skin of paint.     Tights might have served better, but I am not convinced that they would have clung as well to the shape.

The final product was light-weight, inexpensive, and time-efficient.    I can imagine making an assembly-line in a shop that turns out a lot of these in the course of a day.