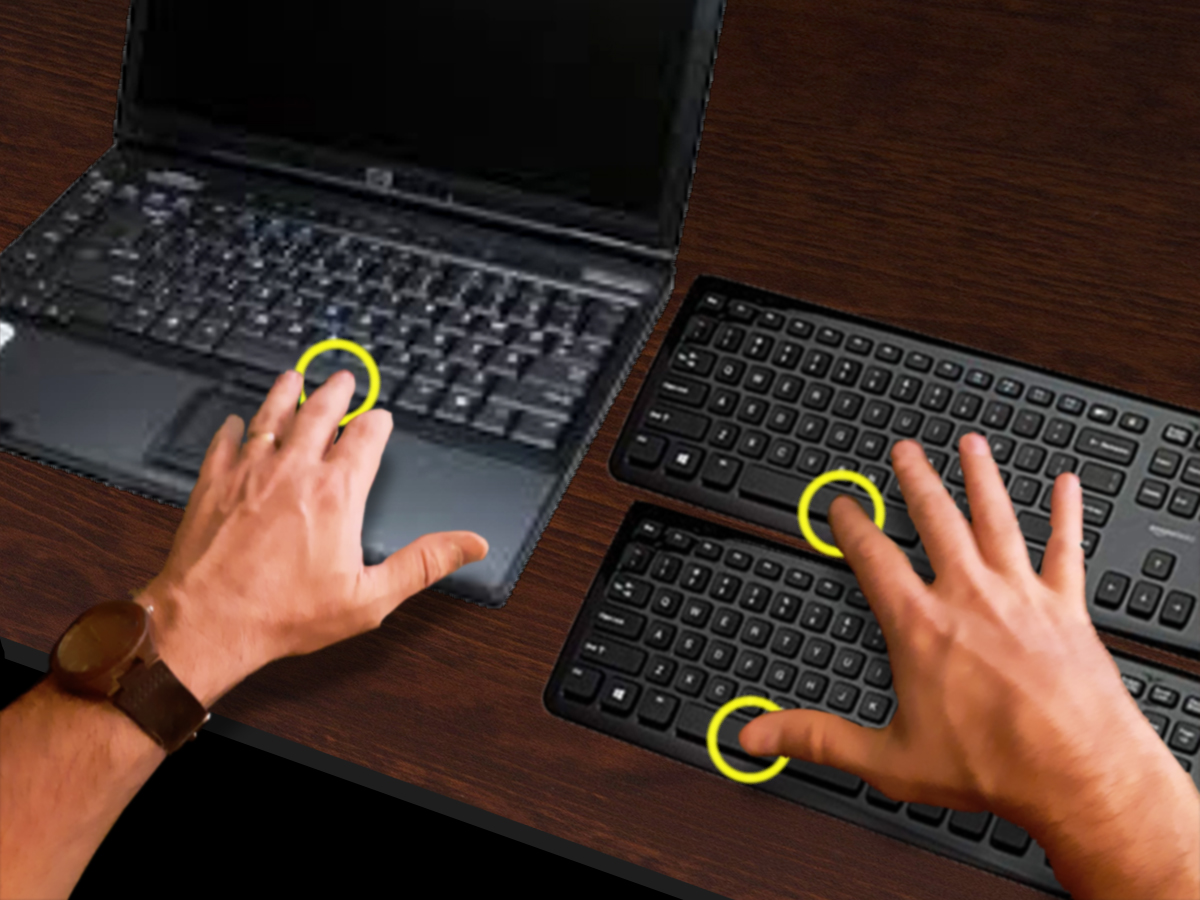 This is a design from 2011 for the musical Pippin.

Director Morgan Murphy wanted to keep the medieval setting of the show, but wanted a technological overlay like a rock concert. I showed him pictures of a complex of buildings in Pittsburgh called PPG place. It was designed by Philip Johnson and John Burgee. It combines medieval forms with modern architectural methods.

I designed platforms and stairs broken up with columns, all inspired by PPG place. Every vertical surface was broken up with metallic rectangles on top of black rear-projection screen. There was no real metal, though. We used regular wood, and covered it with mylar reflective tape.

Lighting designer Dan Hopper put color-changing instruments underneath the towers. Some used floor-mounted mirrors. The towers could be any color at any time. The other vertical surfaces were all rear-projection surfaces.

It was an exceedingly high-tech looking show, but we did it with remarkably low-tech methods. The projectors were all very ordinary 3000 lumen classroom projectors. They sat on the floor or on tables. Some were VGA. The far stage-right projector was a 3000 lumen unit with a fisheye lens – like a gaming projector.

Though we have a variety of media control systems in use today, in 2011 we used very low-end methods. Each projector was connected to its own desktop or laptop computer. Each computer was running ordinary PowerPoint.

I get asked sometimes: “How did you synchronize all of the cues?” We had two operators sitting at one table backstage. Keyboards were arranged so that one operator could press three space bars.

Programs like QLab and Watchout provide wonderful precision and centralized control. However, stage managers and crew are quite capable of synchronizing events with old-school methods.

That is the number one lesson that brings me back regularly to this design.
Not having the most current technology should never be a barrier.

This video was made for Matt Kizer Design LLC
© 2019 Matt Kizer All rights reserved.