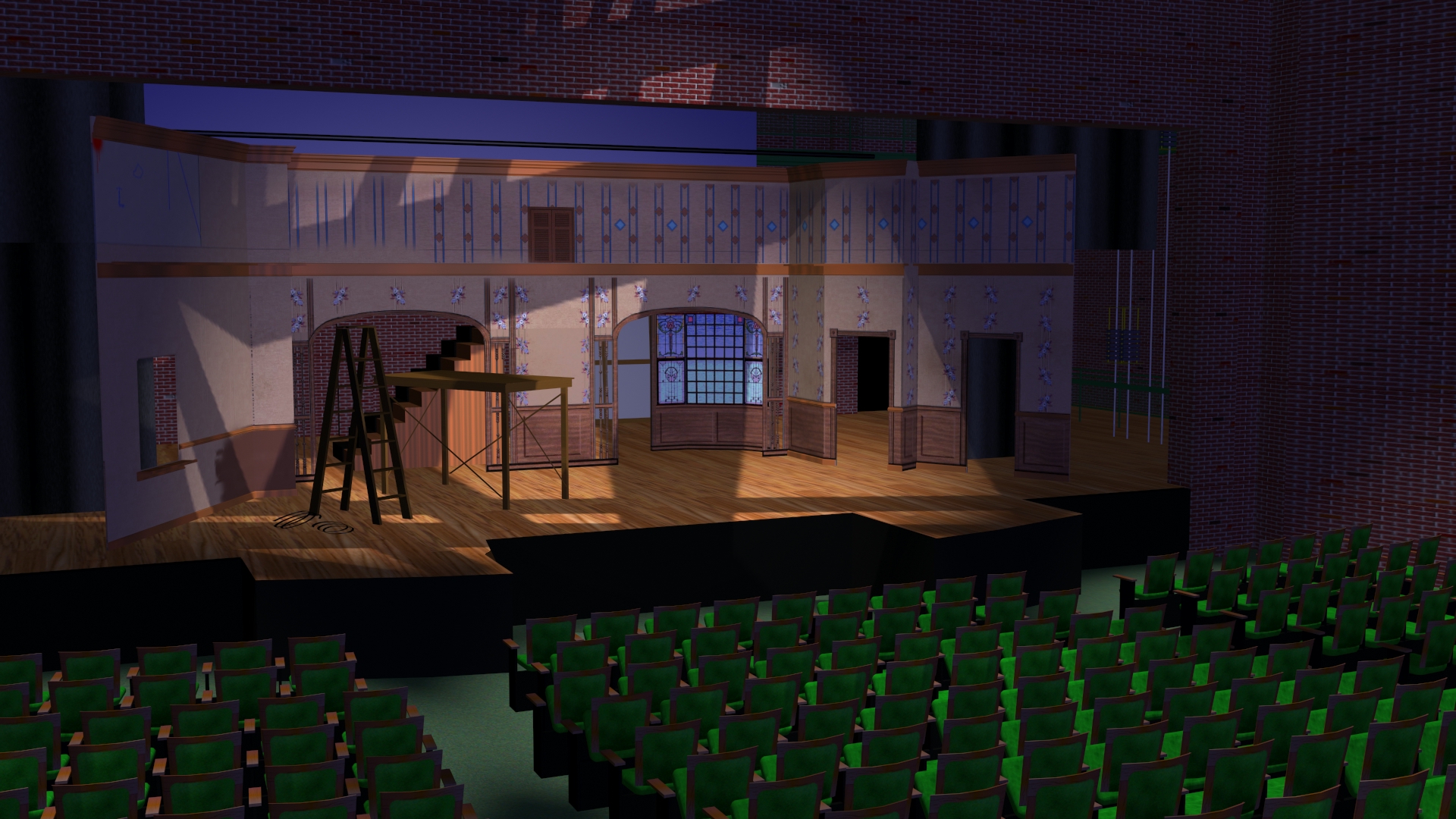 Most of my videos are for people who do lots of theatre. This one is for people who are less familiar with it. This is a brief video demonstrating how expectations of safety are different on a stage than they are in a public space.

Out here in the audience, the architects had to follow a lot of rules.
Aisles and seats and fire exits have to be spaced just right. Special fabrics and materials are required. Large public spaces are heavily regulated.

If it is near you or above you, there is a rule intended to make it safe.
We don’t want the audience thinking much about this stuff. We just want them enjoying the show.
Just like in a shopping mall or at a zoo, the public gets to take safety pretty much for granted.

Now let’s clear this scenery and talk about the non-public part of a theater. Once you come up onto the stage, you are in a world with different rules. You are no longer in a public space. This area is comparable to an industrial space.

Let’s start over here at the fly rail. A lot of theatres have these.
Suspended over the stage are many steel battens. Each one is connected to one of these arbors.

An arbor is just a metal frame holding a big stack of iron and lead bricks. Each brick here weighs about fifteen pounds. This arbor has over 250 pounds at the moment. With twenty or thirty arbors, you can easily have several tons of weight in use.

The weight you see here matches the weight of everything currently suspended over the stage. There can be several tons of equipment and scenery overhead on a per-show basis. These tons don’t just stay put. They get moved up and down during the show and during work.

The battens are as close as six inches together. Sometimes things catch or bump into each other. There’s a lot of choreography going on up there above everyone’s heads.

It can be hard to see up into this space. During a show it’s dark up here, and there is a lot in the way. If things are flown in the wrong order, scenery can knock lights or speakers loose.

If things are not in the right places, some lights can burn holes in fabric. Even fire-retardant drapes will smolder and catch fire if given a little time.

All of this stuff has to be rigged correctly and then controlled with awareness and skill. The fly system is a fantastic tool. But like a forklift, or a chainsaw, or a jackhammer, it’s also dangerous. It doesn’t have electronic safety devices or warning beeps. It does not stop automatically. If it’s not used correctly it can hurt people badly and cause a lot of damage.

In some shows, there are large pieces of scenery rolling around.
They can move in all kinds of different ways. You might see revolves, jackknives, or other units. A large rolling unit like this might weigh between 800 and 1500 pounds.

When it gets rolling, it has a lot of power. The people pushing it cannot see past it. If it is moving when it is not expected, it can knock people over and injure them badly.
Imagine getting your ankle caught under this in the dark backstage.
During a live show backstage, people hesitate to yell “stop!”

Every show will have its own set of hazards to be navigated.
The lighting is another system in the theatre that requires understanding and respect. Each stage light might use up to 1000 watts of electricity. Each is about the same as a microwave oven.

A given show might have anywhere from 100 to 400 lighting units in use.
The typical home runs on about 4000 watts of power total.
During a show, a theatre might use up to a half million watts for the lighting. For two or three hours, this is the same electrical load as a small neighborhood.

For most shows, these lights are all taken down and put back up in new arrangements. There are protocols for cabling every light to its own unique power source.

Every light must be hung correctly and safely. Every light has its own data in the computer. It is imperative that the crew understand all of the systems and their potential dangers.

Everything can go from joy to tragedy in an instant.

Bad things do sometimes happen during live performances.
Everything can go from joy to tragedy in an instant.
It’s vital that we all have a really healthy respect for the space and everything happening in it.

Just as important is an atmosphere where the professional staff can make good choices. Staff should be rested and not overwhelmed.

As the numbers of people on stage goes up, the potential for danger and confusion goes up. As the amount of moving scenery onstage goes up, the risks go up, too. If we cut costs by replacing lots of trained crew with volunteers, we can make things riskier still.

Many community theatres love to get lots of people involved. They should. We need to be careful not to overwhelm the ability of the staff and crew to provide a safe environment.

Good crew makes everything look easy.
Even when it’s not.