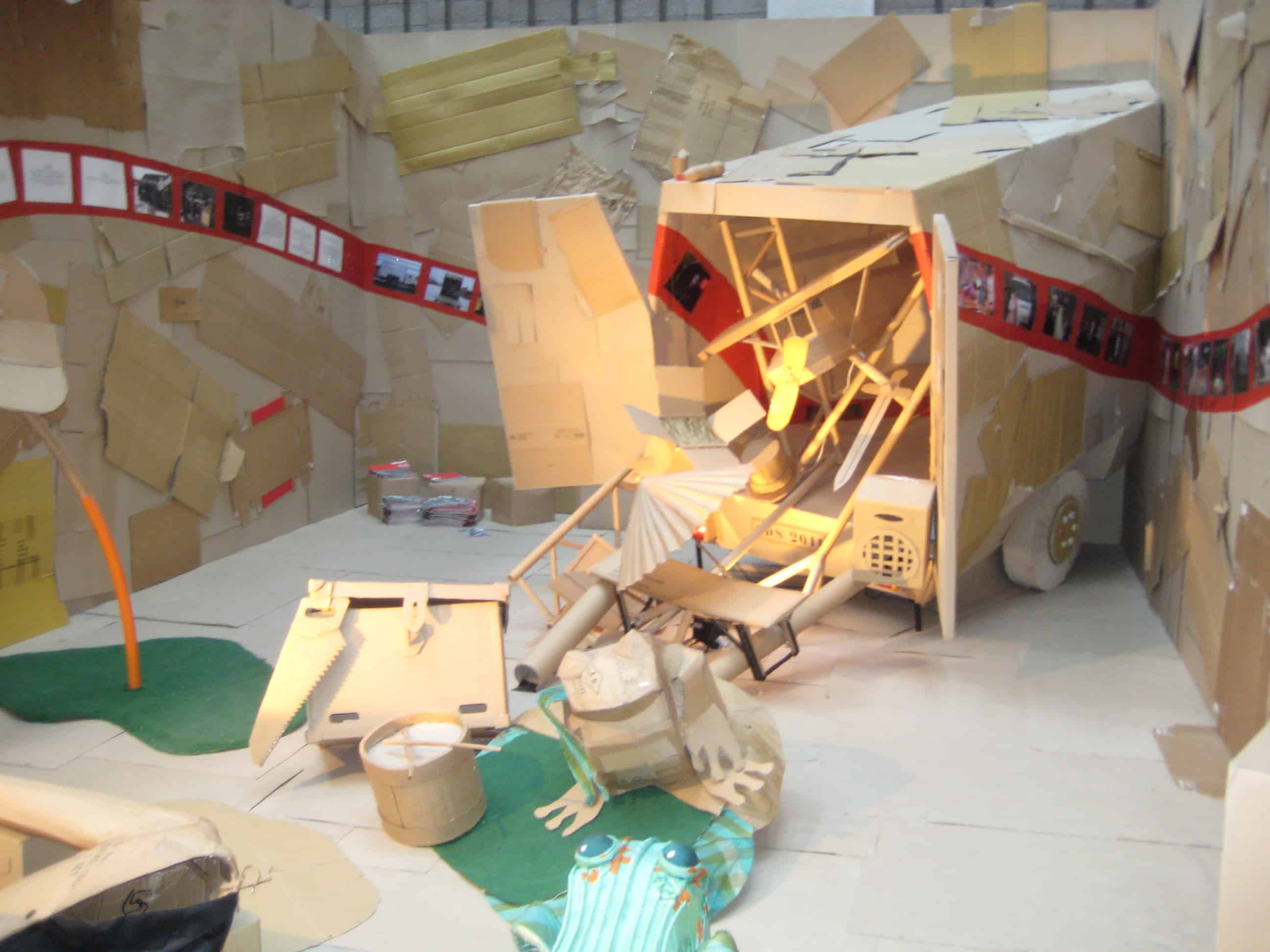 I am sure that every American set designer reading this knows the drill:

Do these steps over and over  in a cycle,  winding inward to [what we hope is] the ideal design for the production.   Once we hit the ideal design (or run out of time)(whichever happens first), we freeze the design, and hand it over to the technical director.   It is then the T.D.’s job to figure out how to make it happen.

Once you get out of the classroom, of course, other factors become important.   The budget is an important one.   So is build time.   And the skills of the people who will actually build it.     As you design, you learn to play to the strengths of the shop you have, rather than the shop you would like to have.

One of my old professors use to call this the Time-Money-Talent triangle.  I was taught this as a part of advanced stagecraft, and technical direction.   The idea is that in any production, you can do without one of these three things, but never without at least two.

If you are lacking in one of the three, you can compensate by increasing the others.    A quicker way to say this is: “Fast, Cheap, Good.   Pick two.”

When I teach design in the classroom, I begin with this definition:

“Designing is finding the best solution to a problem within a given set of circumstances.”

Those circumstances include some basic considerations.   What does the director want to do?  What do the actors need?  What does the script require?   The venue itself is a big factor, and so is the anticipated audience for the production (age, expectation, culture, etc).

Now throw in the Time-Money-Talent triangle.   Finding a single solution to everything can be like trying to win a chess tournament.    Most importantly, this is not just an engineering or a financial problem; the solution has to be beautiful, too.

In the classroom, most of these factors are initially downplayed.  Drafting, drawing, and conceptualizing can be hard enough the first time through, without everything else.    The typical second-year college student might have a conniption if you asked them to solve all of this at once.    We start with the pure design process, and slowly introduce the other factors later.

This order has become ingrained in our industry.    Our ideal process is one of pure collaboration between the designer, the director, and the playwright.     Seasoned artists learn to embrace the constraints of time, money, talent, etc., but developing artists often feel that their vision is being compromised.

“Compromise” is a very ugly word for beginning artists.   We don’t want to compromise our vision.   This is true for designers, directors, and every other artist involved in the process.     A great production team knows that if the collaboration is on the mark, nobody compromises.   Instead of anyone giving up what they want, they can find a solution that satisfies the essence of everyone’s artistic vision.  The result of good collaboration is greater than the sum of its parts.

That’s just great when we are talking about satisfying the director and the script.  But what about all of that other stuff?   What about the budget?  What about that godawful space we have to design in?

Early in the learning process, directors and designers need to learn to embrace the resources that they have on hand.   Instead of always arriving at an ideal that may or may not be achievable, they need to have a second method of designing in their toolbox, one that is every bit as strong (or stronger) than the purist method.   I say directors and designers, because they need to learn this process together.

A mistake you can make: design what you want, then force available resources into that form. This will usually fail.   Instead, at the start of the process, the director and the designer can look at the space, look at everything that is on-hand, and let themselves be inspired by it.     “Look at this curving staircase . . . wouldn’t it be interesting if it just went up to nothing, in the middle of the stage?”   “We have about 100 of these short plastic  tubes . . . you know, we could stage an entire dance around that.”  We do our students an injustice if we do not teach them more than one process.

The design process is not radically different in other parts of the world, but the formulated, narrow version I began this article with is a very American way of doing things.   Because Europe has so many languages, cultures, and nations all pressed together, there is a less quantified method of producing a design there.   You tend to see more overlap between design areas, and more overlap between design and architecture, or theatre with other disciplines.  The process itself is not so defined.  It is more common to do things in a different way each time, and arrive at surprising places.

I was at the Prague Quadrennial in 2011.   It’s full name is the Prague Quadrennial of Performance Design and Space.   It is a massive event for scenography, emphasizing design for many disciplines.   These include costume, scenery, lighting, multi-media, and theatre architecture.  Every kind of performing arts is represented.    Artists and designers from around the world come together for what is a combination festival, competition, and conference.  Included among everything else is an international exhibit which feature spacial installations produced by dozens of different countries.

In 2011, these installations were all housed in the  Veletržní Palace, a large museum of modern and contempary art with exhibit halls.   It was here that I saw the Danish Children’s Theatre exhibit Art from Nothing.  It was made completely from Cardboard.     It was my favorite installation.    It was surrounded by installations from other countries, including China and the United States, both of whom contributed very elaborate, polished, and manufactured installations.

What struck me about this installation was not that they managed to make so many things out of carboard.    It’s that they took their total lack of materials, and turned it into spectacle.   Nothing about the installation looked as if they were “making do.”     Instead it’s a celebration of cardboard, and of creativity.  Its about having nothing to work with, and needing nothing to work with.     It was liberating just to see.   Question:  “What do we need to put this show up?”   Answer:  “Nothing.”