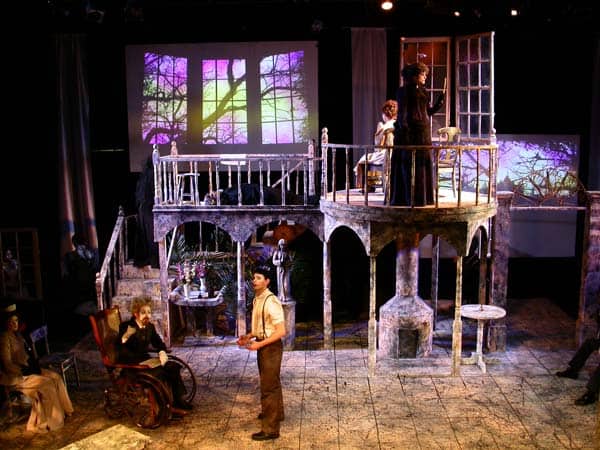 The Ghost Sonata does not play by the same rules as most plays.   The action might be happening in some sort of afterlife like purgatory or hell, or it might be a memory, or a nightmare.

Everything that is done by the actors happens with precision.   Every movement is symbolic and ritualistic.

The result is that standard traffic patterns no longer apply.   This set includes a major dead-end to movement on the upper balcony, something which ordinarily I would never tolerate.   This production was not about standard movement, though.

The set design included two projection screens (white luan flats).   The both showed the same architectural elements throughout the show: a set of three windows up-right, and a village street with trees up-left.

Throughout the show, the sky, the trees, and the air all changed radically in response to the dramatic action in the show, and in response to what the lighting designer was doing.  The windows in the projection were modified from the original renderings to match the antique windows we obtained from a local salvage yard. 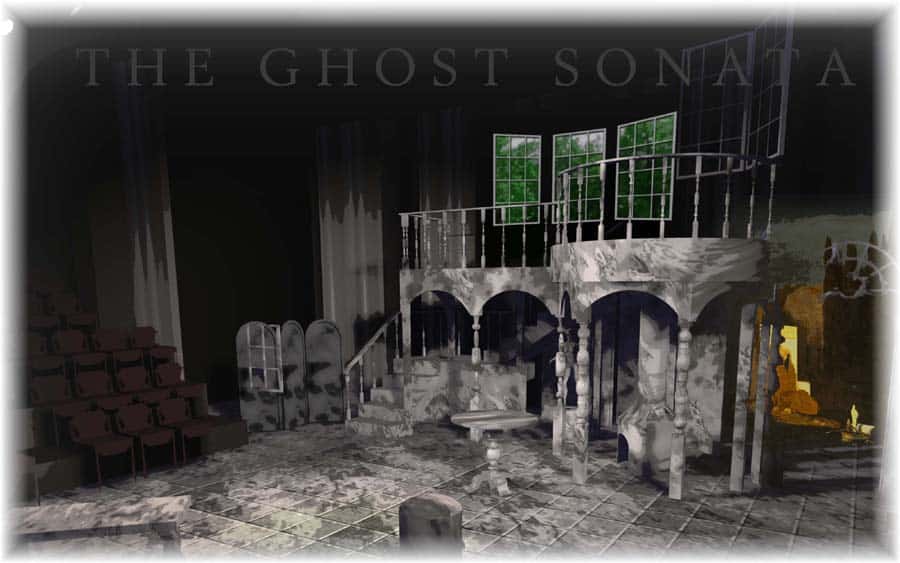 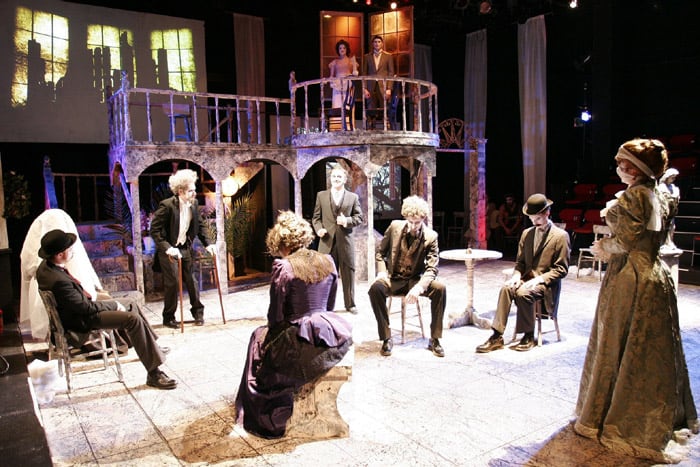 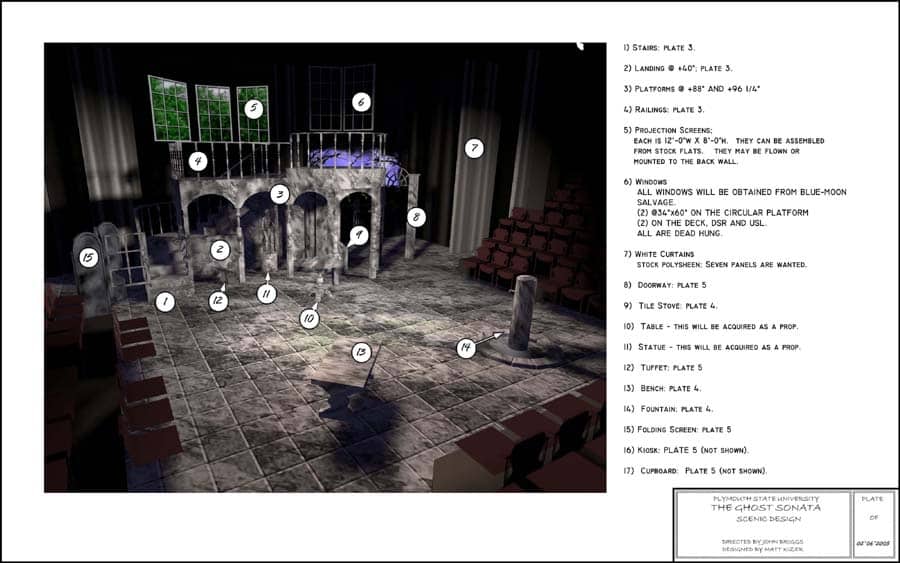 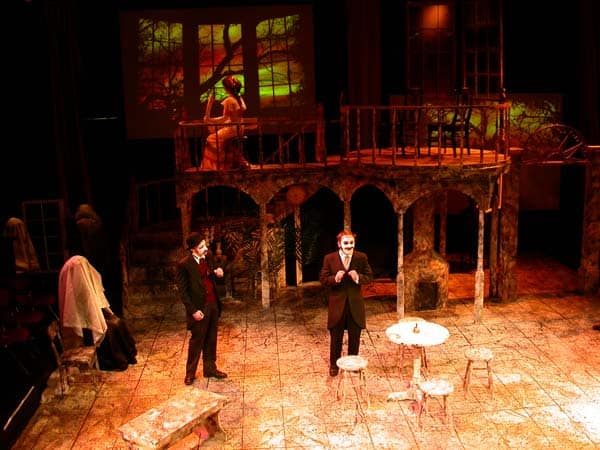 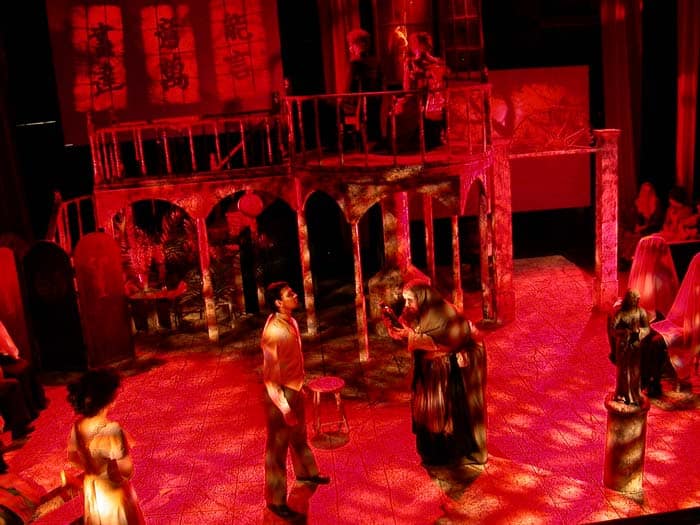 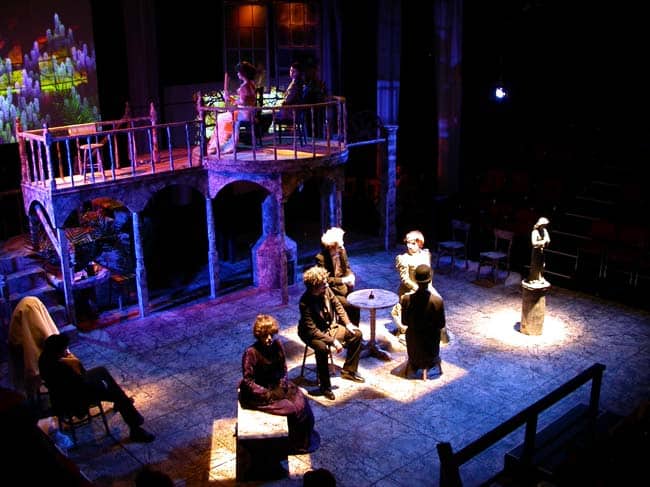 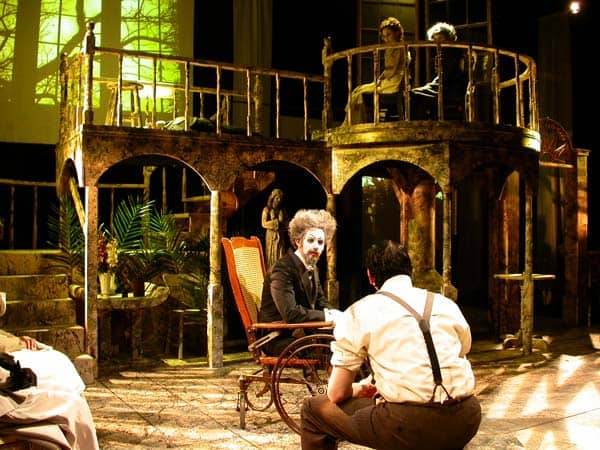 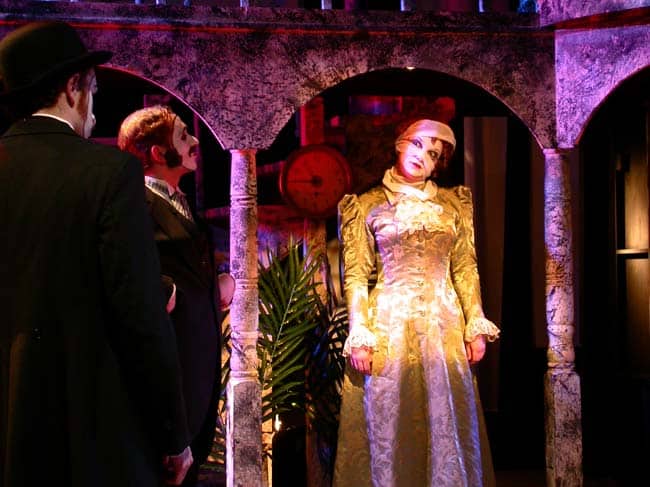 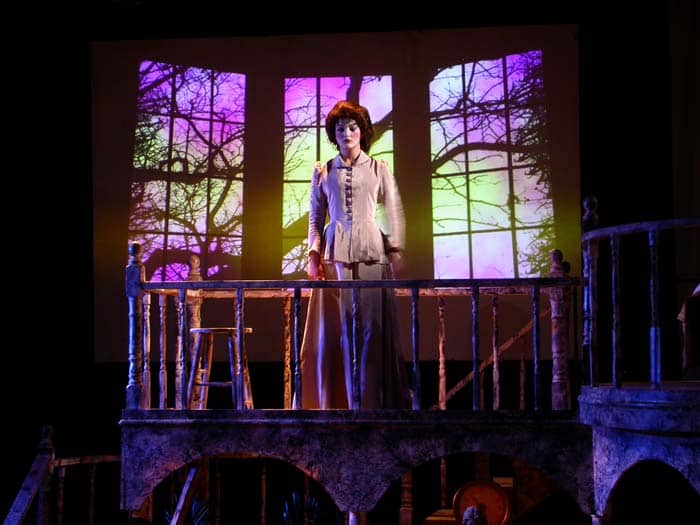 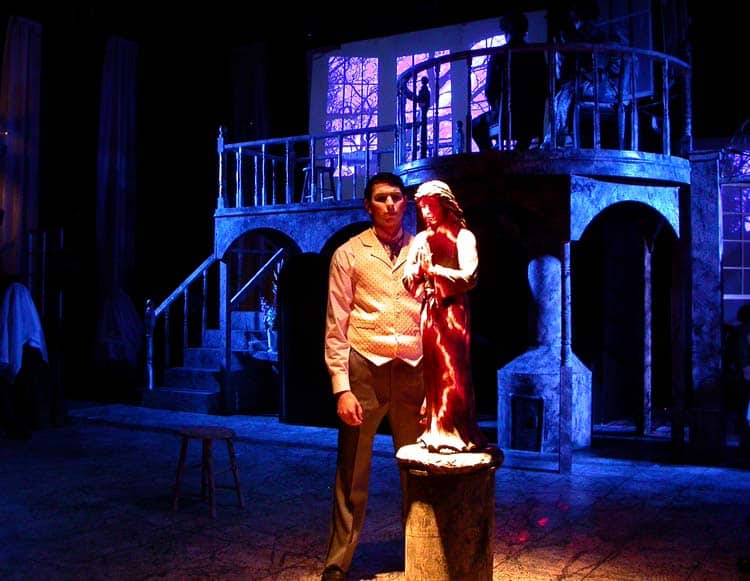 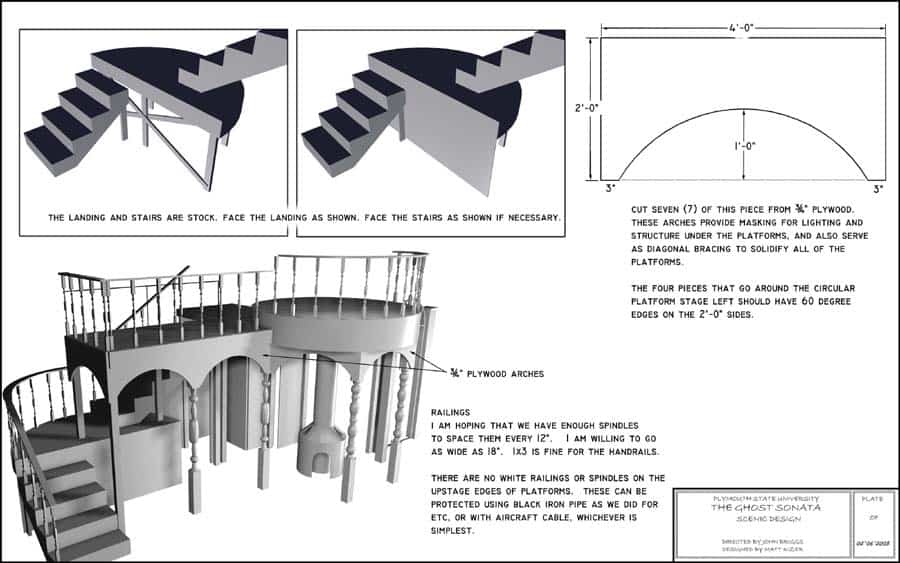 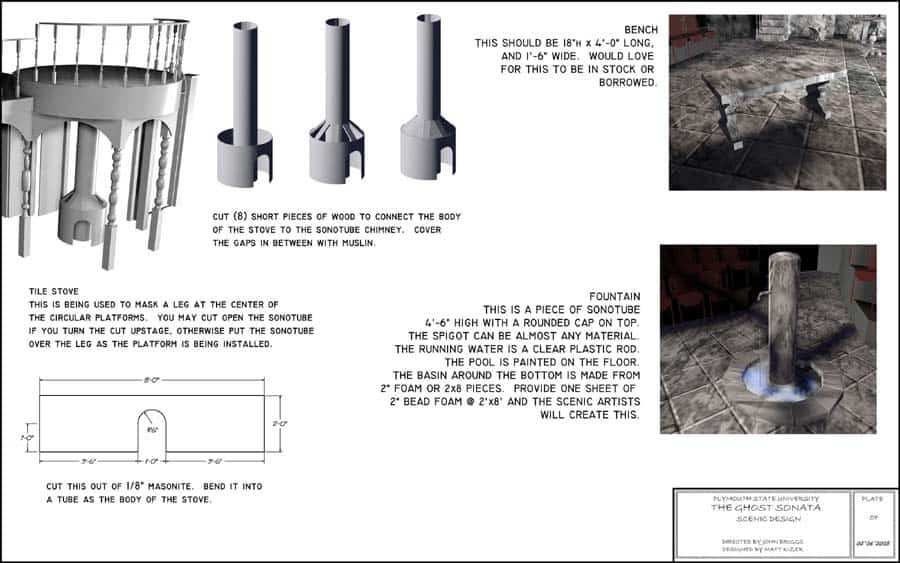 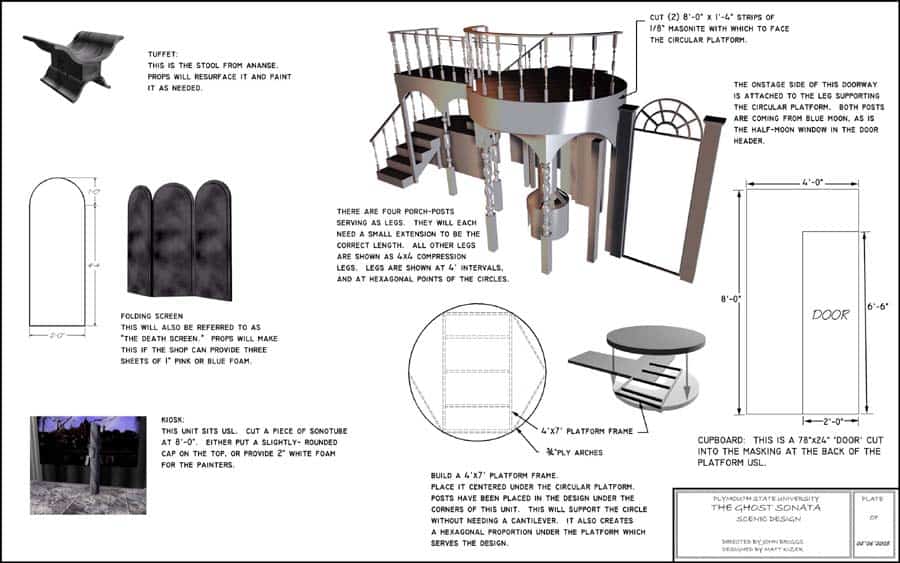 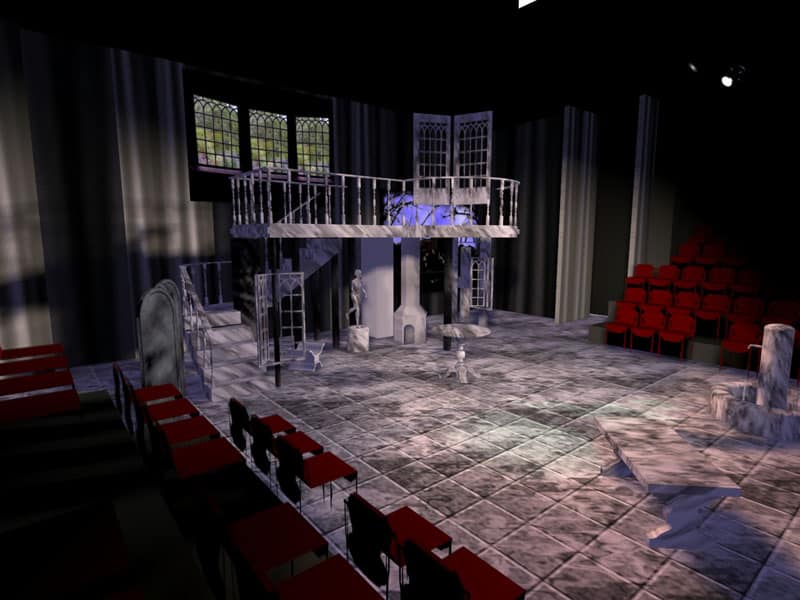 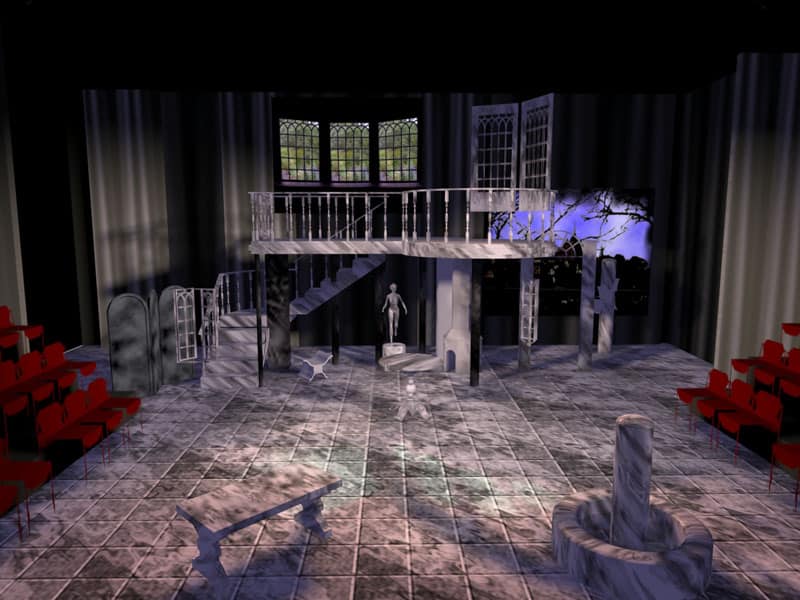 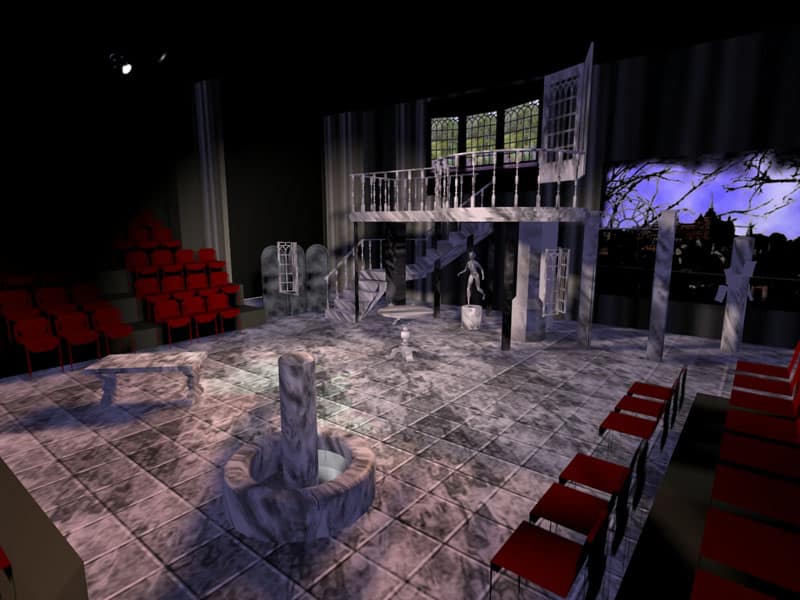