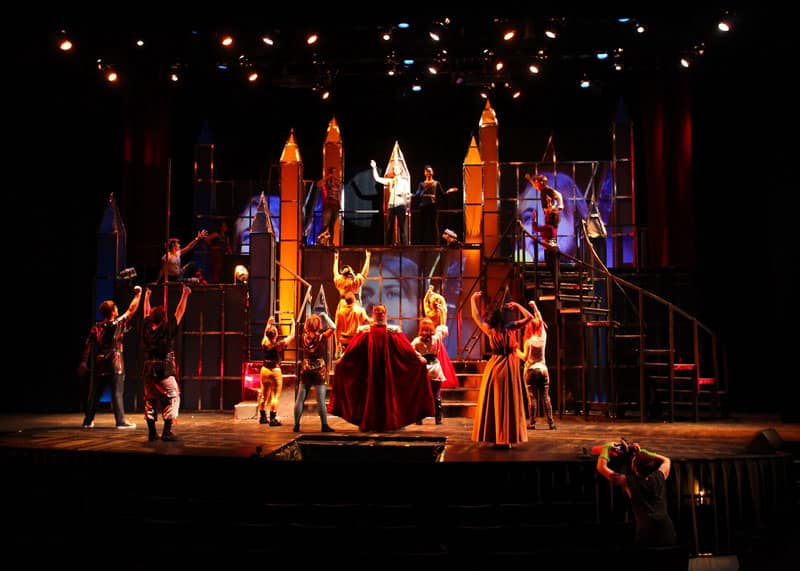 “Pippin is a largely under-appreciated musical with a great deal more substance to it than many people realize…Because of its 1970s pop style score and a somewhat emasculated licensed version for amateur productions which is very different from the original Broadway production, the show now has a reputation for being merely cute and harmlessly naughty; but if done the way director Bob Fosse envisioned it, the show is surreal and disturbing.” – Scott Miller

Morgan Murphy asked us to express this musical in a way that is pertinent to today’s audience. In addition to the issues that Pippin examines that are parallel to when it was first produced in the early 70s (the role of government, the need for war, love, sex, and identity), he wanted very much to make this a show about how we get lost in our own technology.

Towards that end, as a design team working on scenery, costumes, and lights, we have played up the presence of technology in this production. The costumes are electrified and include digital media. The lighting is particularly elaborate, designed by Dan Hopper.

The set is made entirely out of rear-projection screen and reflective mylar, so that the entire thing lights up and behaves as a giant multimedia surface.

This production provides a spectacular service to the dark, surreal, and original intention of the production. More, Morgan Murphy’s concept makes this a production about where we are today. 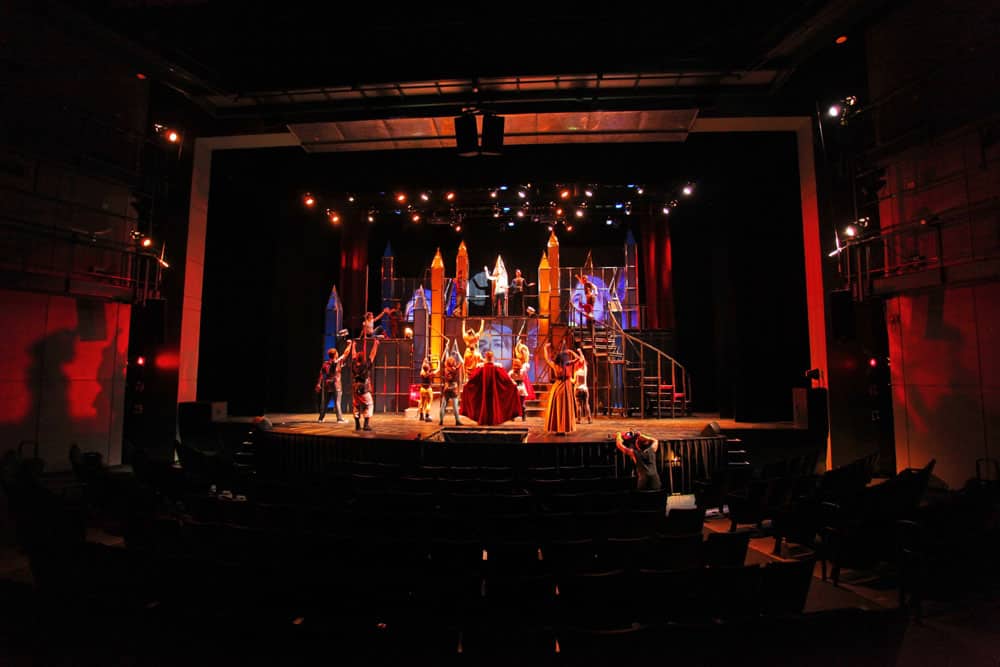 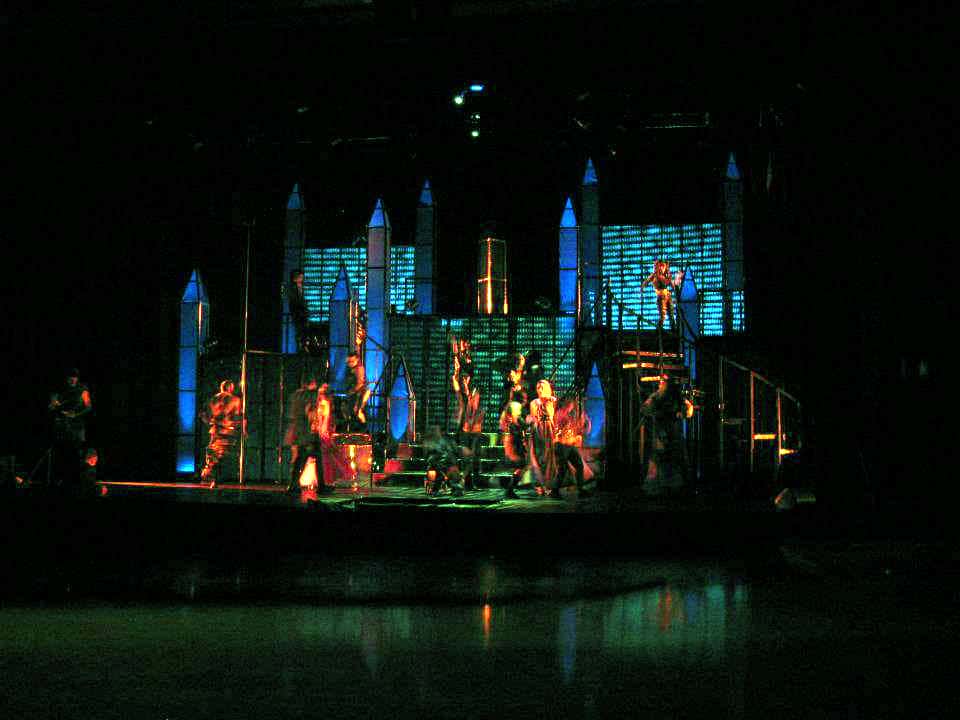 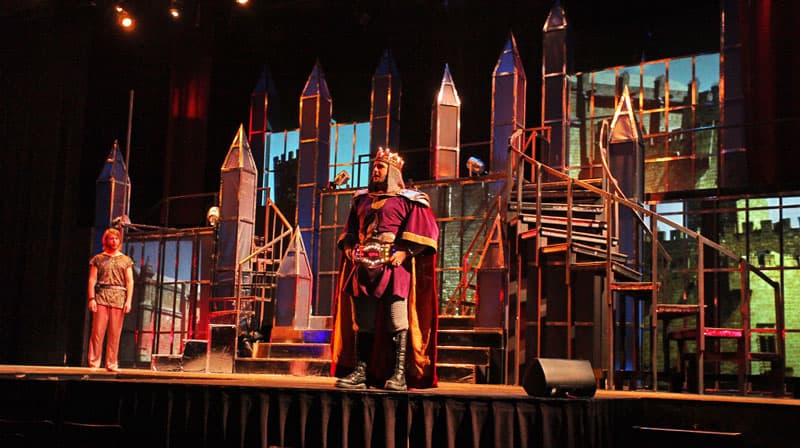 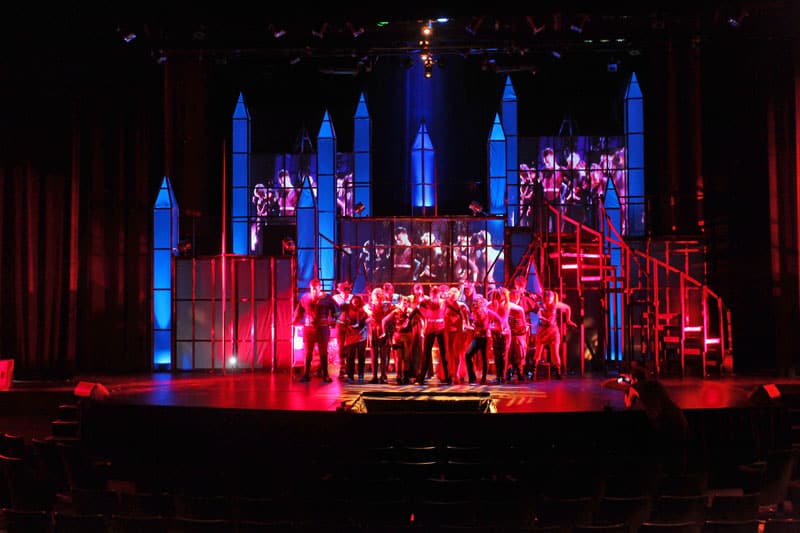 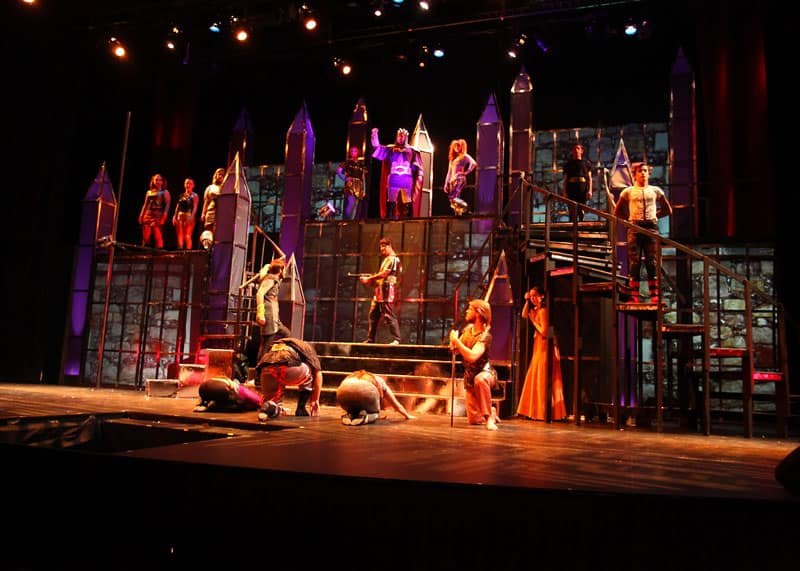 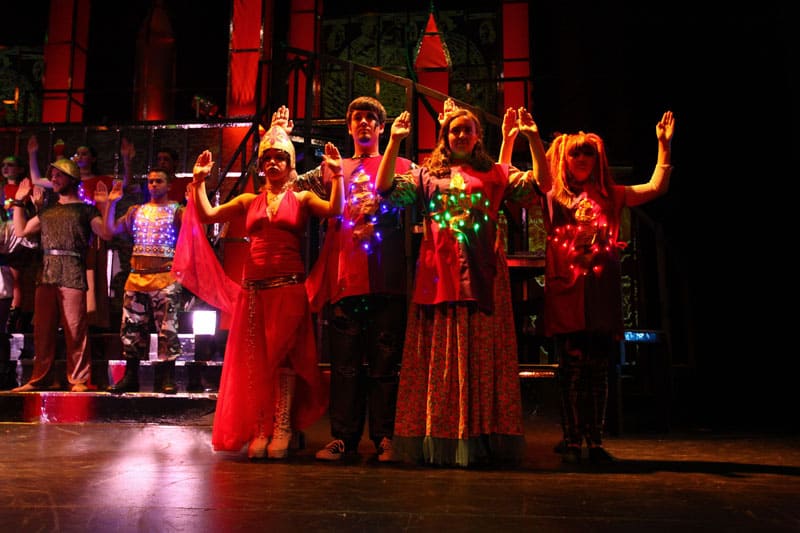 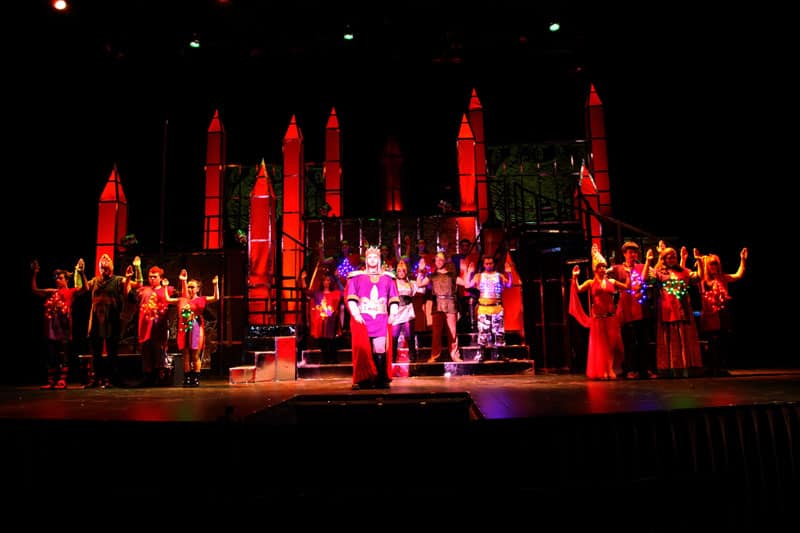 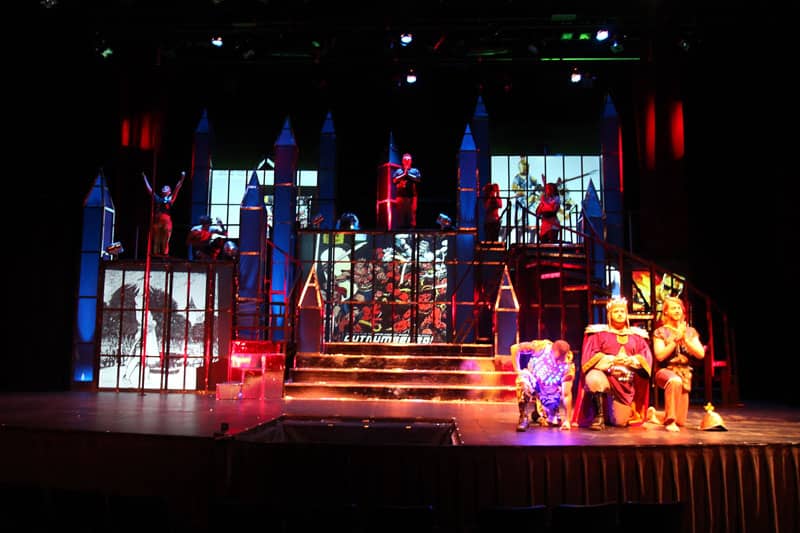 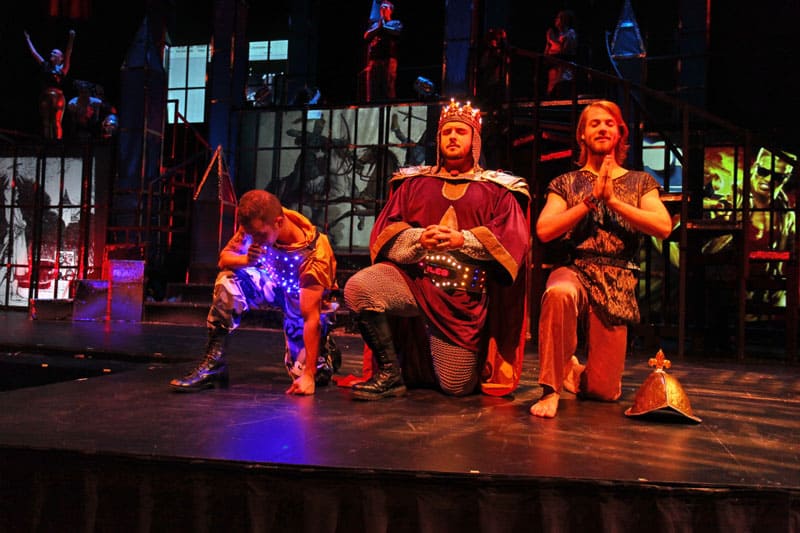 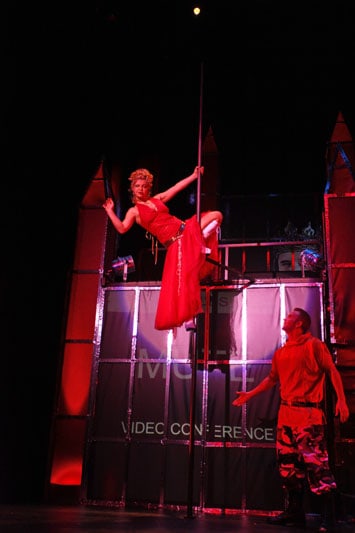 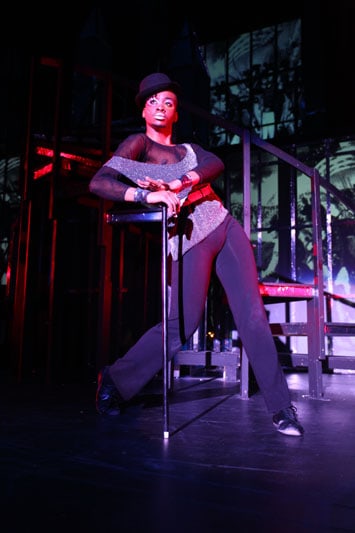 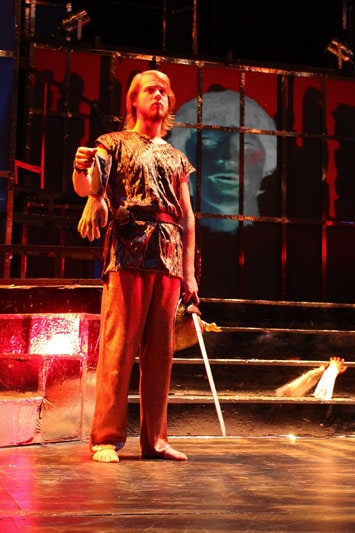 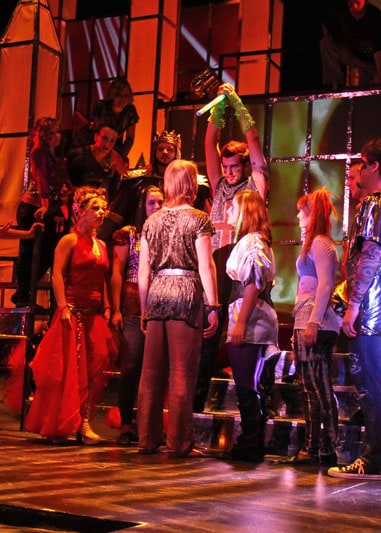 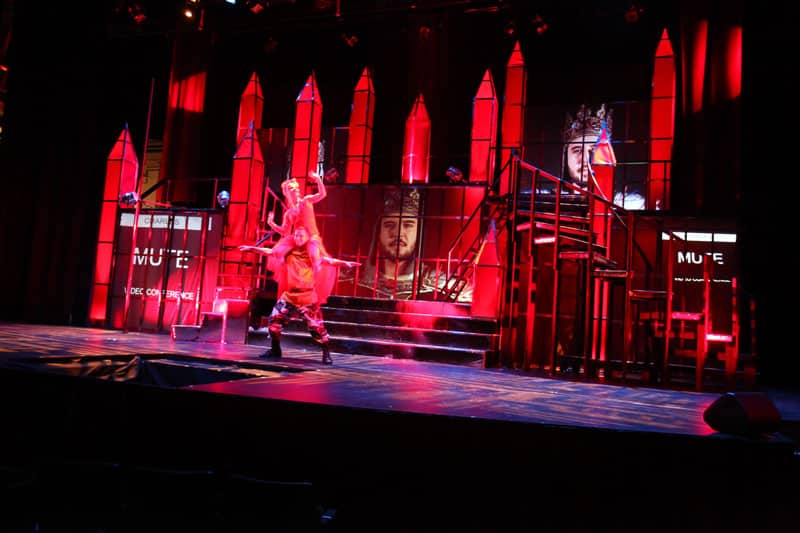 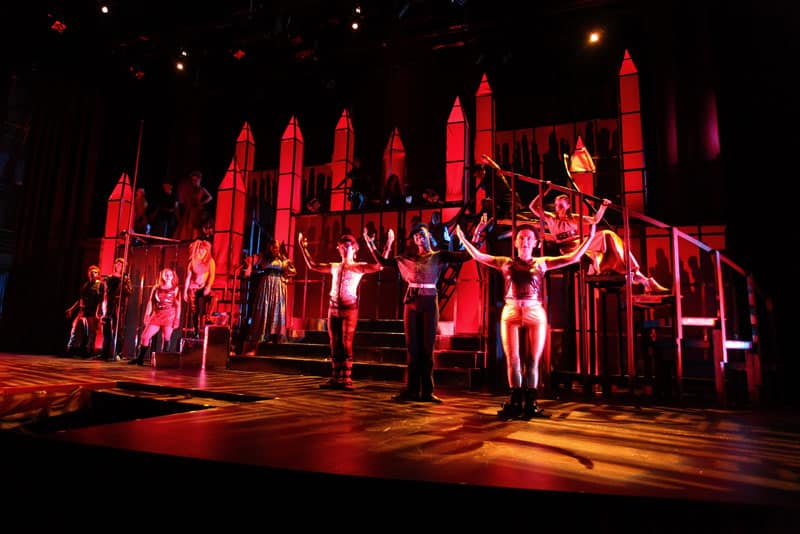 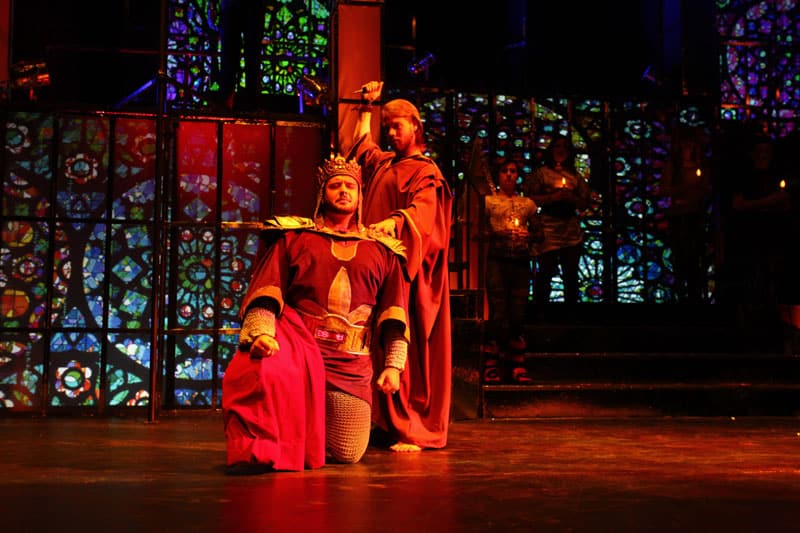 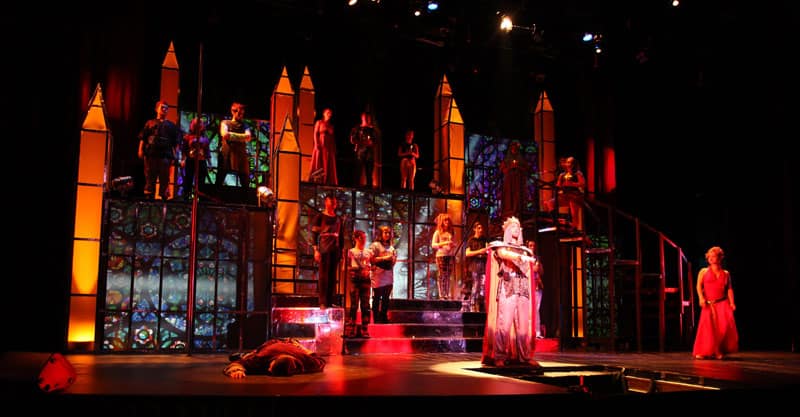 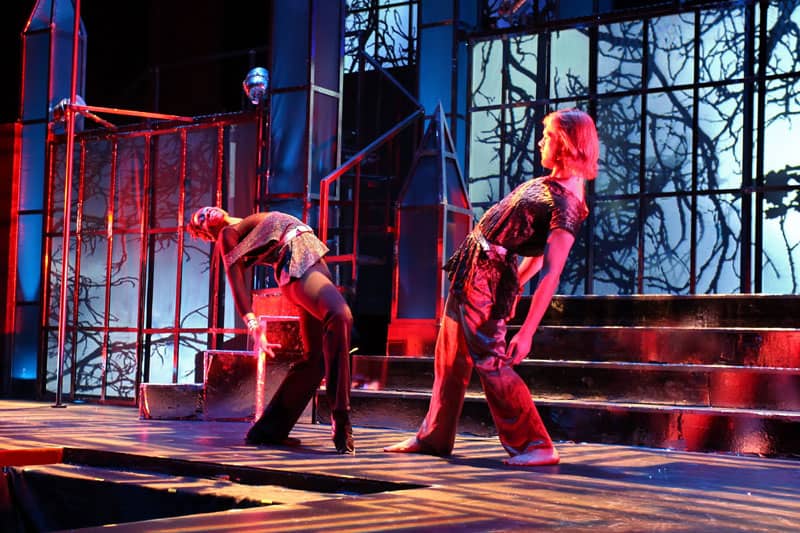 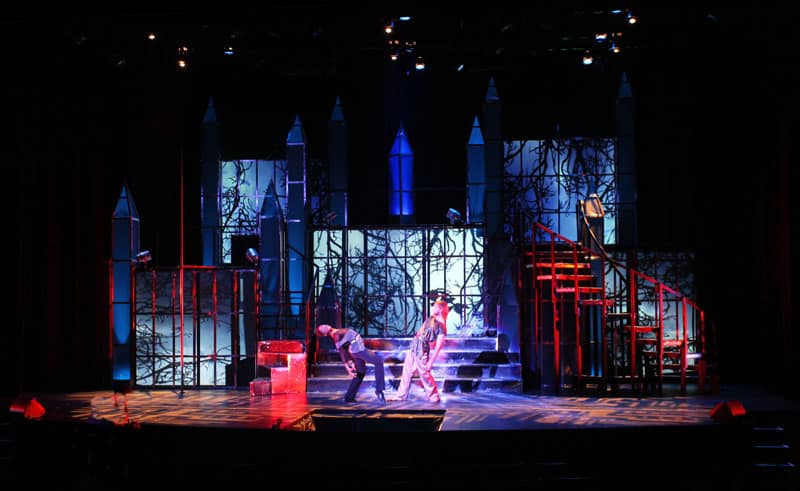 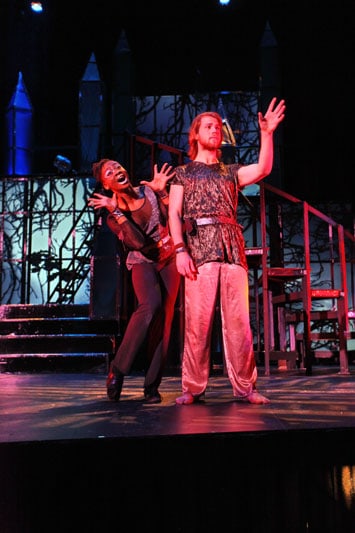 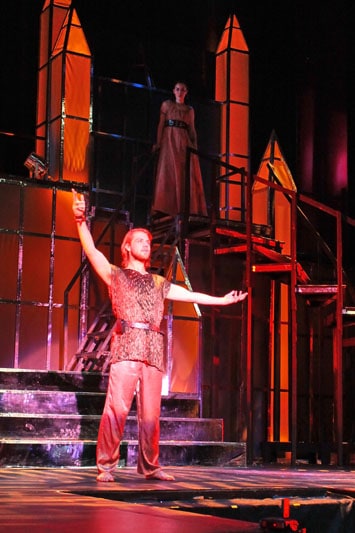 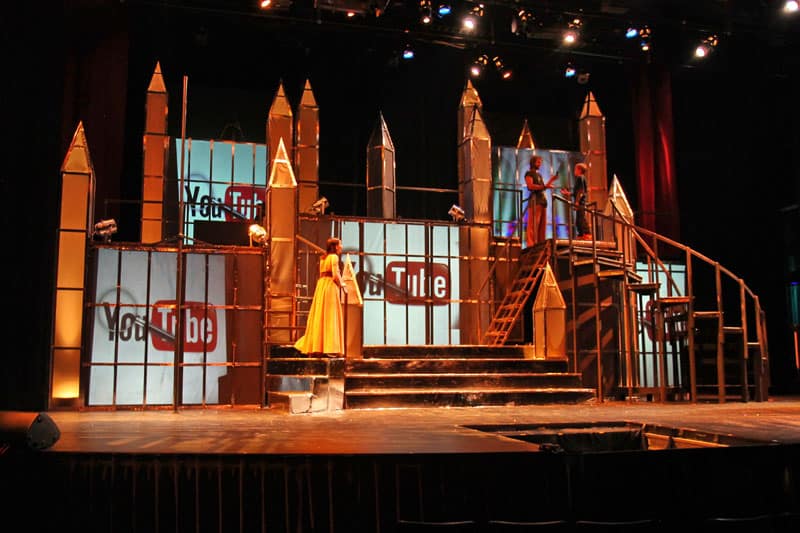 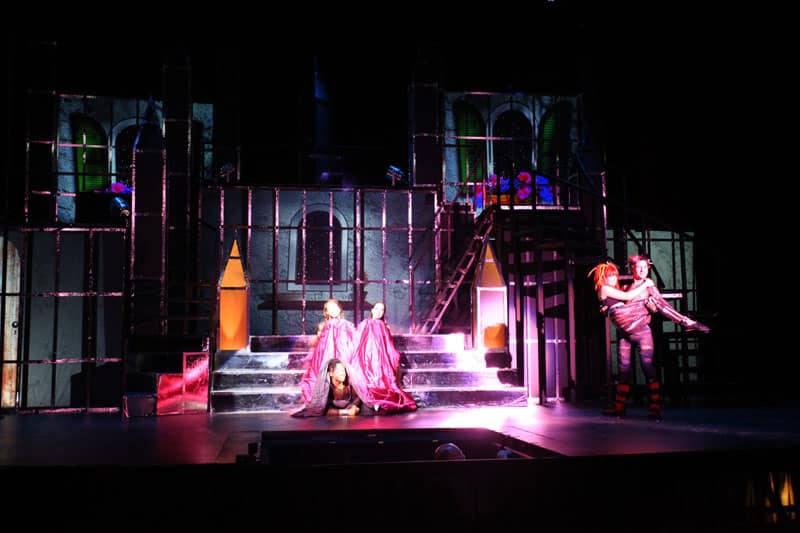 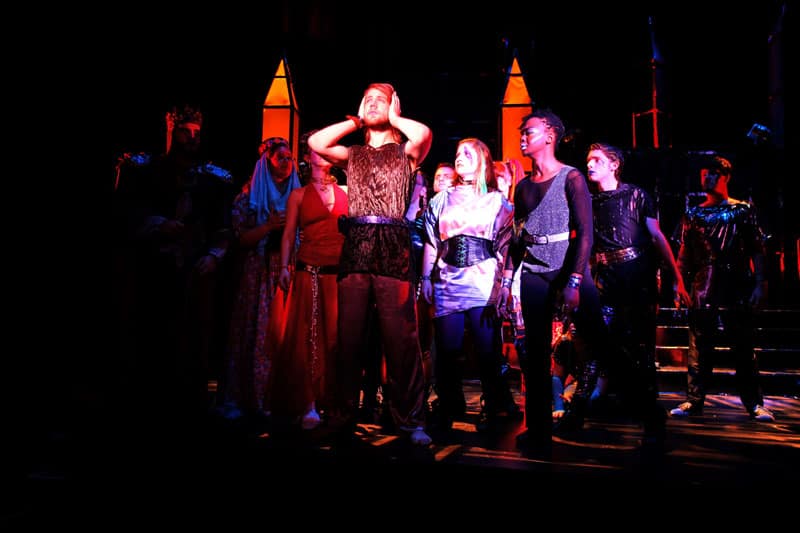 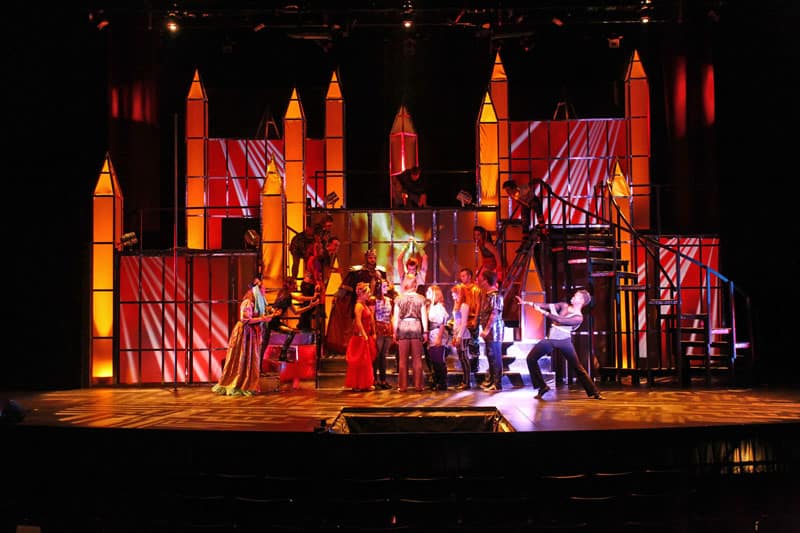 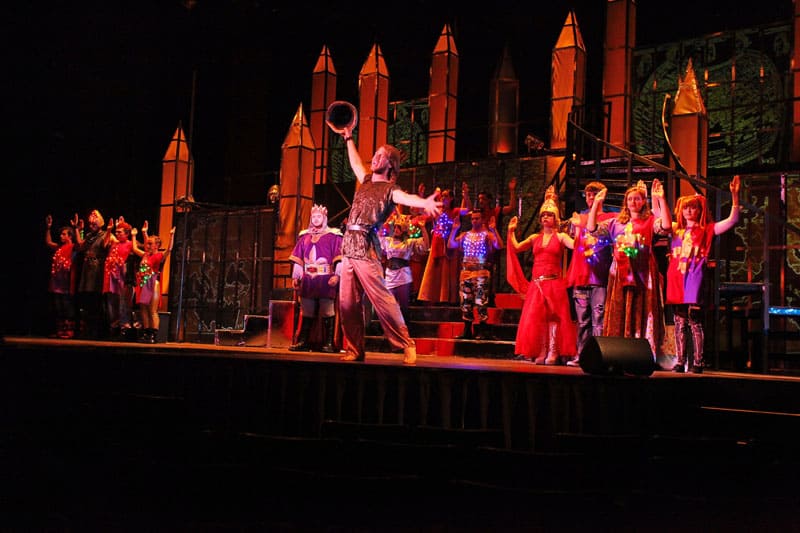 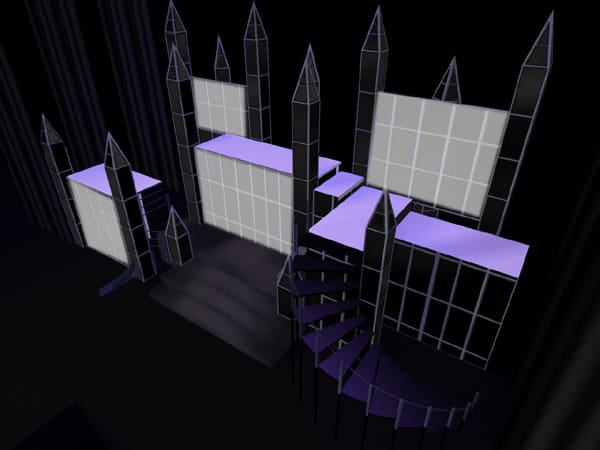 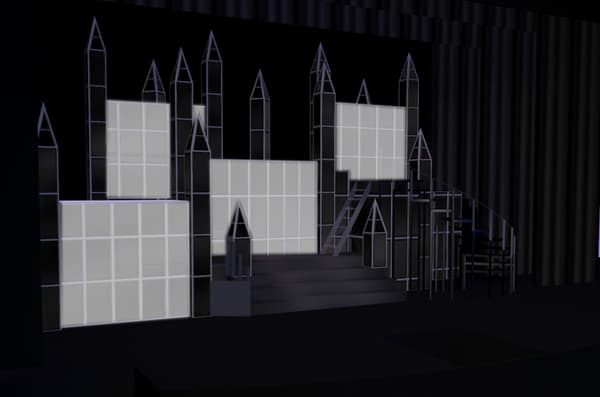