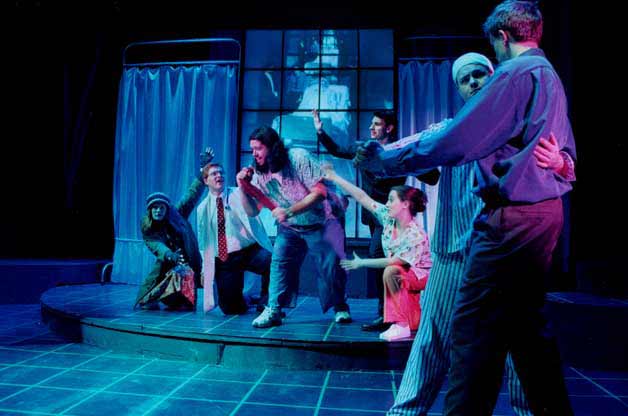 This production was a lot of fun.   It is a musical about a musical composer working in television who has a brain condition.    It is fast-paced, witty, and is filled with warped humor.    The dominant element in the set design is a single window in the middle of a revolve.   The revolve rotates 180° , so that the double-sided window is always in the same position.   It is a projection screen, and throughout the show presents a pertinent view or image or animated media.    The set design also included many round islands of playing space, and the entire space was painted with a dayglo green grid on a deep blue base, all high-gloss.   The projected media for the show was elaborate. 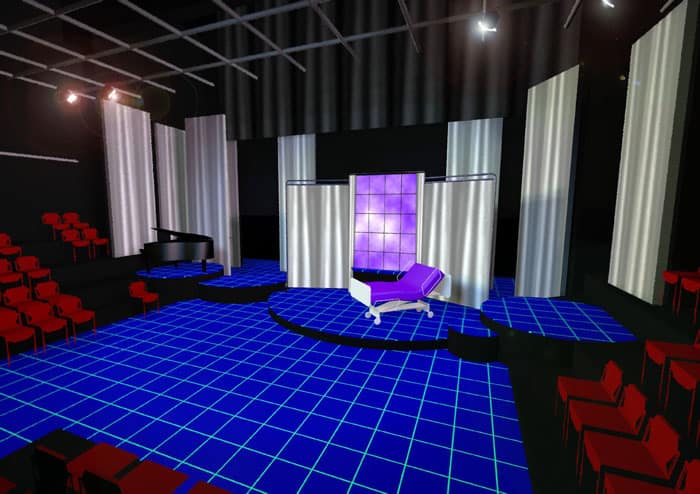 This show made great use of a principal for projections wherein a small screen can be lit very very brightly using an older, less-bright projector. When the lumens involved are not spread very far out. the image can be kept very bright. Part of the the trick is to design the smaller screen into the set so that it looks appropriate. 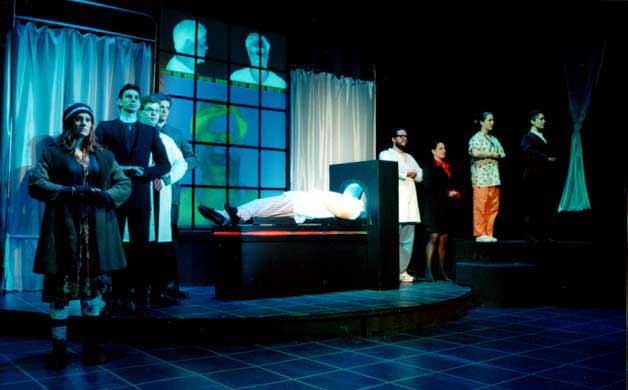 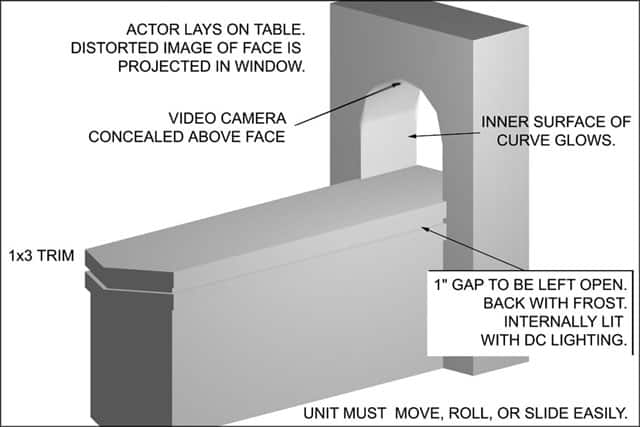 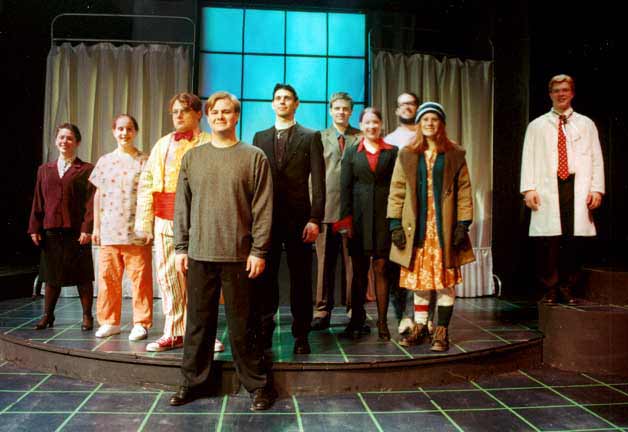 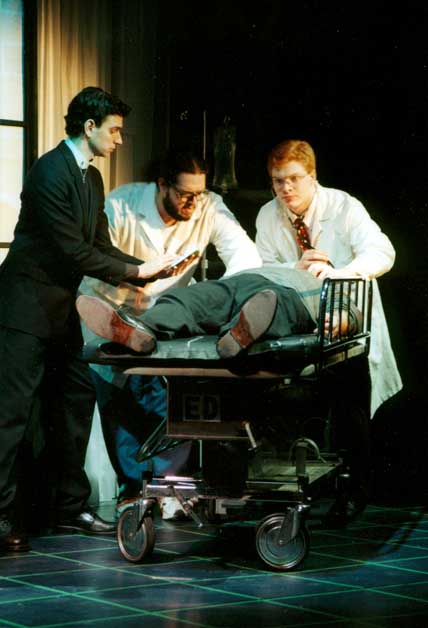 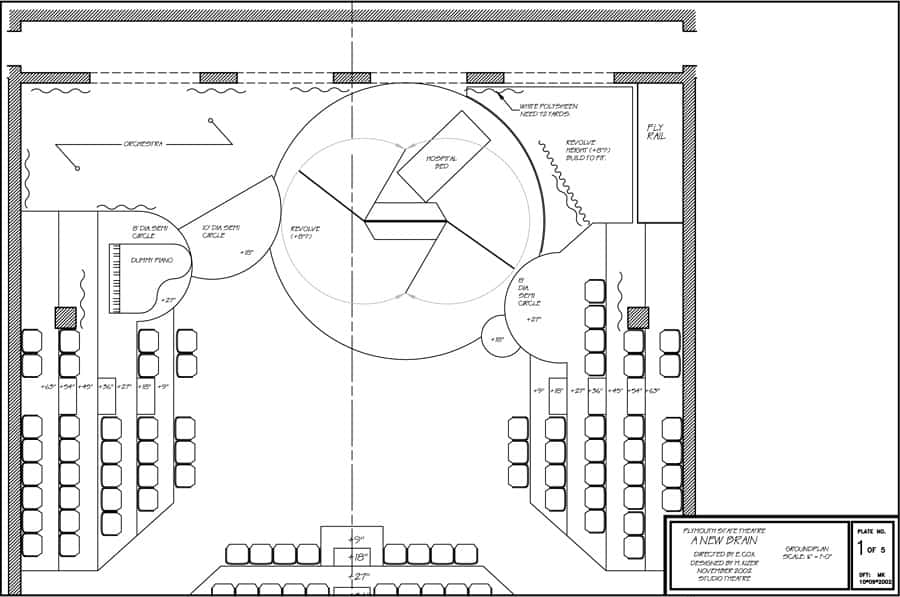