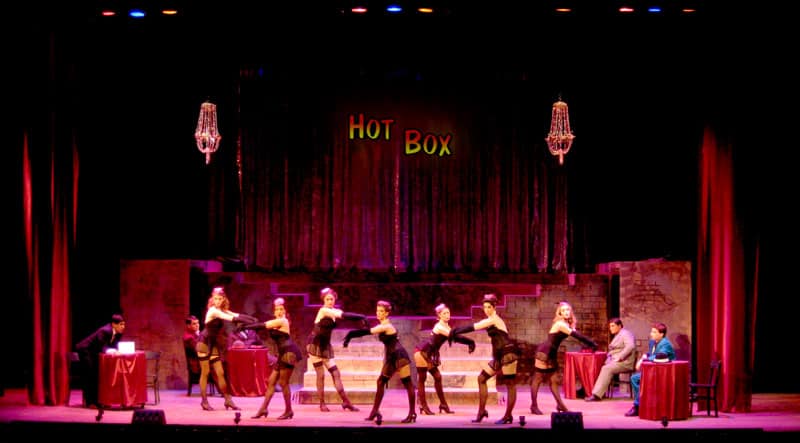 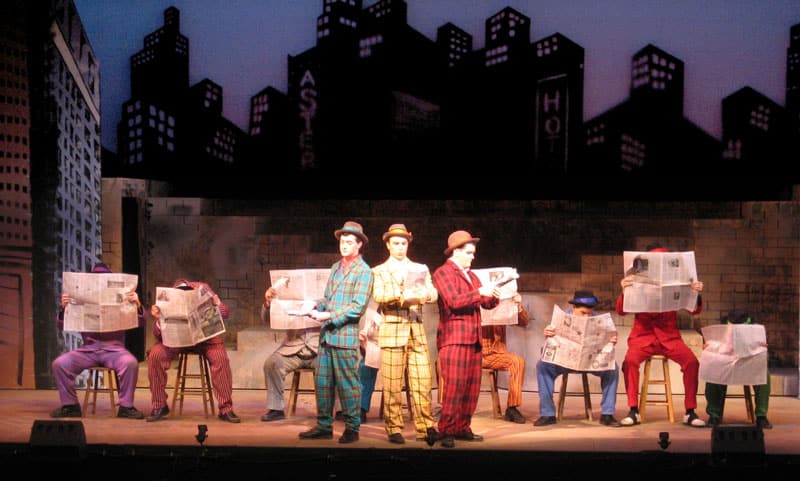 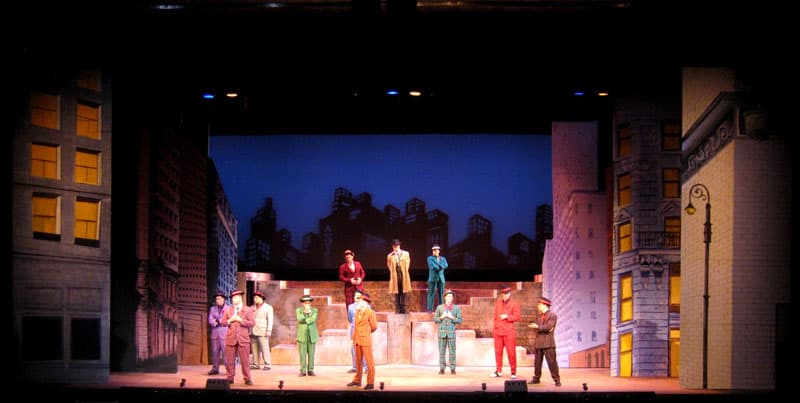 Guys and Dolls is a big show for scenery.  This production included many painted drops, and some large moving platforms as well.   For the sewer setting and “Luck Be a Lady Tonight,” the dierctor and the choreographer specifically wanted the effect of a skating-half-pipe.

The cityscape at the back of the set is behind the cyc, pressed up against it.   We had the option of either front-lighting the cyc, creating no city, or back-lighting it, causing the silhouette effect shown.

The set also included two swivelling units with long broad stair steps.  These became a runway for the Hot Box Club; they served as stairs down into (what became) the basement mission setting; and they allowed interesting movement and entrances in the various street settings. 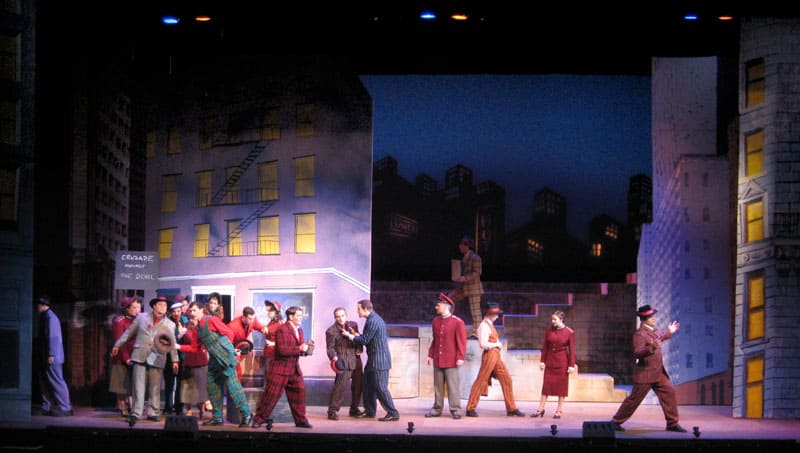 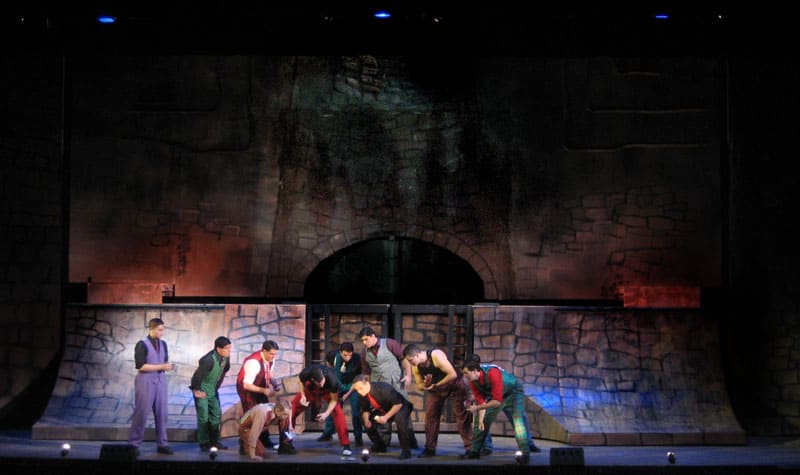 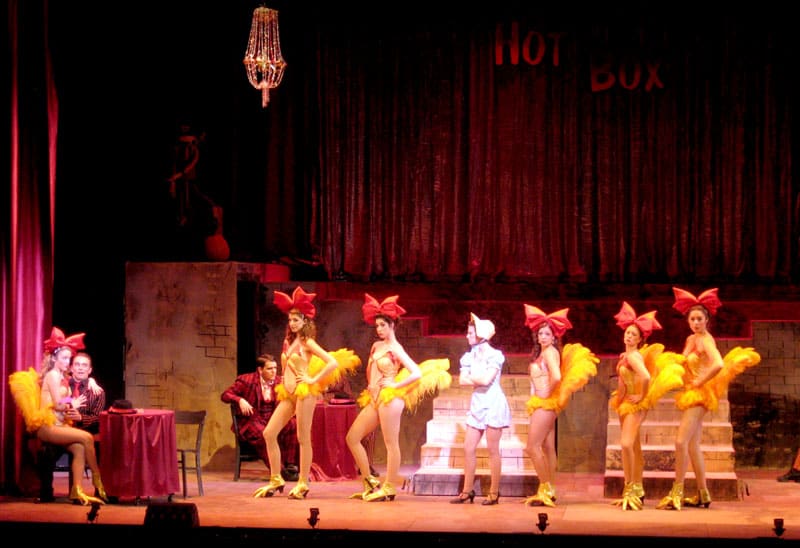 The director for this show had a very specific request for the musical number, Take Back Your Mink.  He wanted to see the ladies process upstage behind a backlit curtain.  He wanted to see them complete a striptease in silhouette.    He wanted to then see the enesemble of supposedly naked females reach up and pull down the curtain, revealing all of them fully dressed as men in suits.     This was accomplished by a carefully manufactured and scaled video projection, as shown in part above and below.  The women paraded into position behind the curtain.   While the projection fooled the audience into beliving they were seeing a backlit striptease, the actors were changing into men’s suits, with coats and ties. 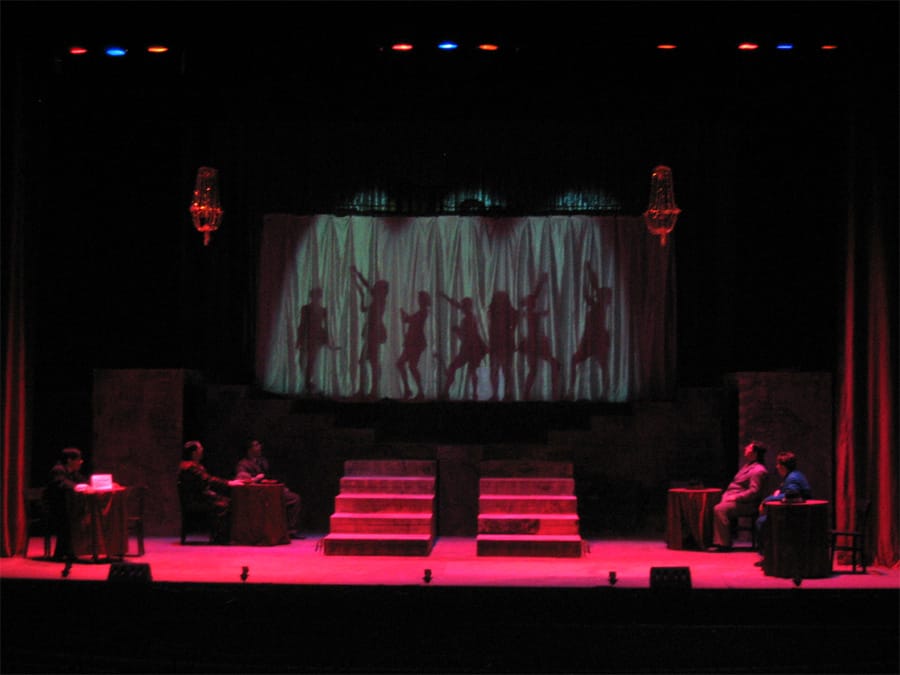 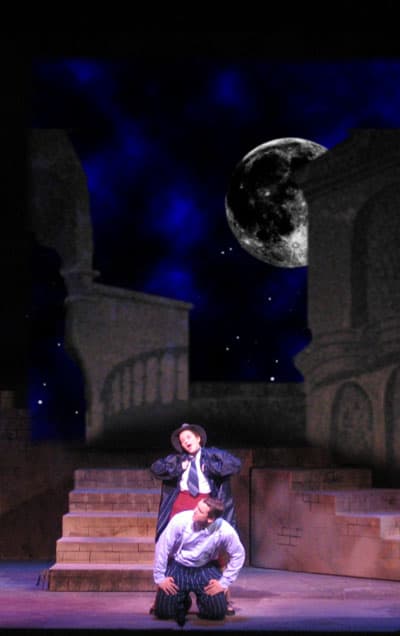 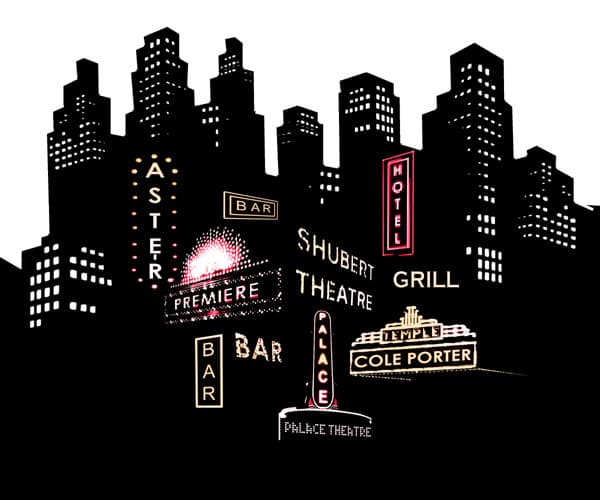